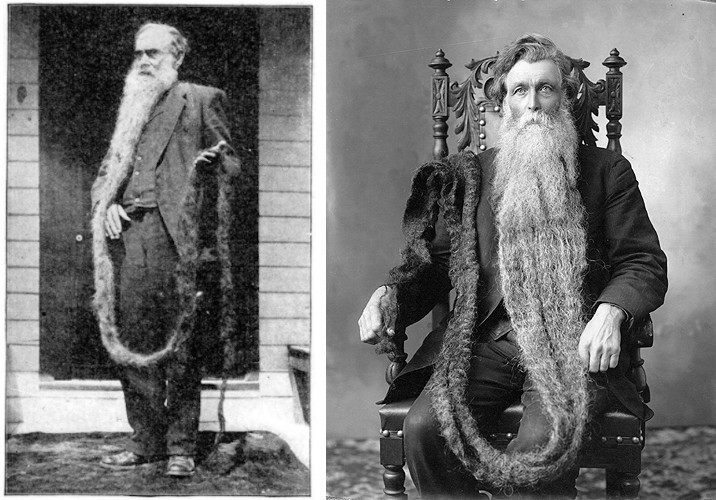 By 1910, Valentine Tapley was claiming to have the longest beard in the world, at 12 feet. His congressman in Missouri would even boast about the achievement and defend Tapley against other claimants. (It’s sometimes said that Tapley was a Democrat and had vowed never to shave again if Abraham Lincoln won the election.)

But it appears that the real record was held by a contemporary, North Dakota farmer Hans Langseth, who’d begun growing his beard in 1865 as part of a contest. By the time of his death in 1927, it measured 17.5 feet, and it’s now held by the Smithsonian Institution.

I can’t find any record that these two even knew of one another.