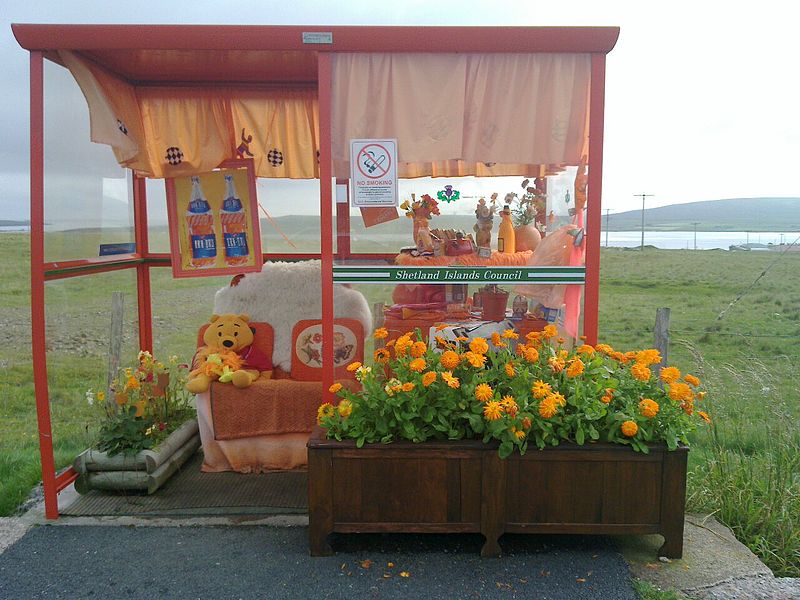 When the local council removed a bus shelter near the village of Baltasound, on the isle of Unst, Shetland, Scotland, in 1996, 7-year-old Bobby Macaulay wrote to the Shetland Times asking them to replace it — he and his friends had been meeting there to wait for their school bus.

When a new shelter appeared, an anonymous donor added a wicker table and a sofa, and a tradition was born. In time a television appeared, as well as a heater and a carpet. Eventually Bobby’s shelter was named the best shelter in Britain, and now it’s redecorated regularly according to chosen themes (2018 marked 100 years of women’s suffrage in the United Kingdom, for example).