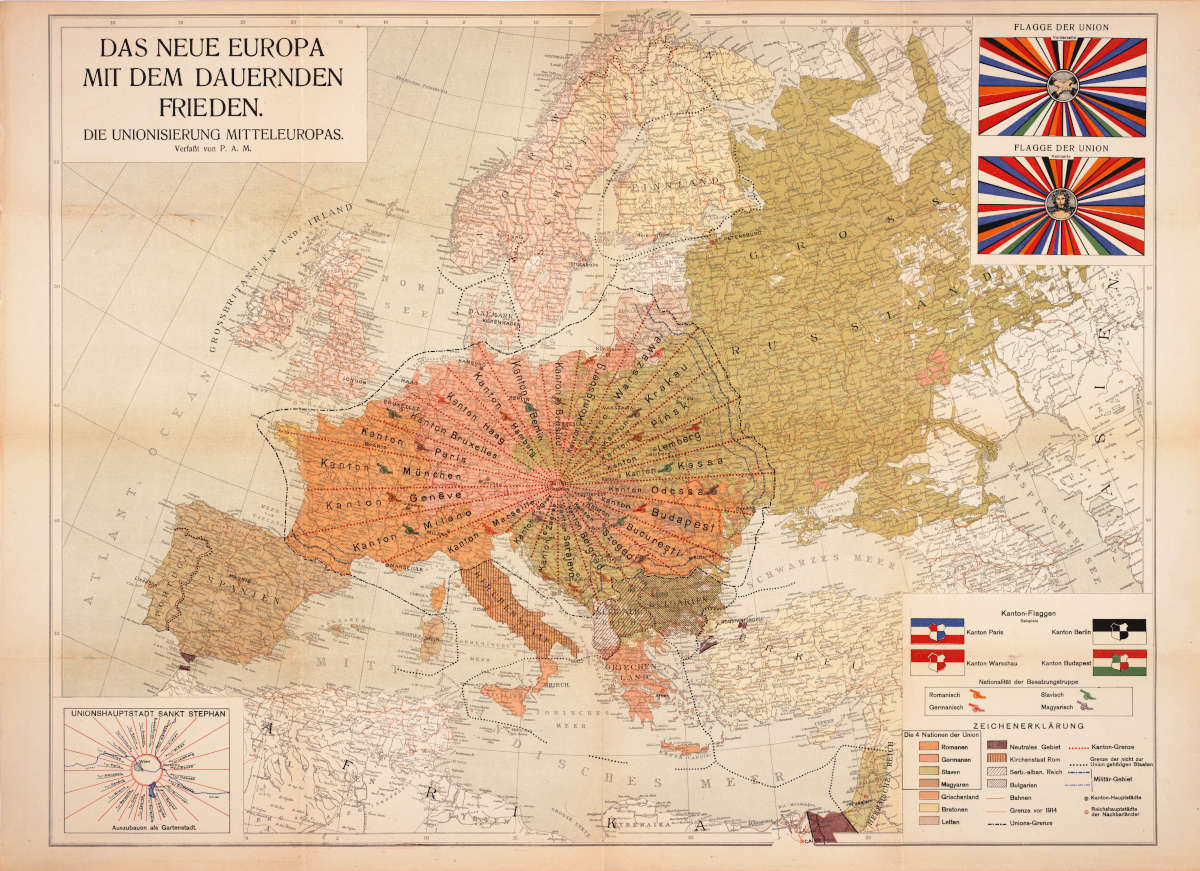 Instead he proposed to divide the continent into 24 wedge-shaped “Kantons,” each named for a prominent city. These would meet at St. Stephen’s Cathedral in Vienna, center of the new union’s capital, which Maas envisioned as “a large, wide garden city, hygienically designed and expanded.” The Kantons would cut across cultural and ethnic lines and across the old national borders, and each one would include at least two of Europe’s “Nations” — Romans, Germans, Slavs, and Magyars — so that “racial hatred does not prevail as before, but the love of the people prevails.” The three-year presidency would rotate among the Nations, all colonies would be jointly owned, everyone would speak Esperanto, and everyone over 20 (except married women) could vote.

“To many a reader this work may appear as the result of over-excited imagination; someday, though late, the knowledge of truth will gain the upper hand, and perhaps many things which have been stimulated by me here will be realized.”

(From the Cornell University Library.)