The Tunnel of Eupalinos 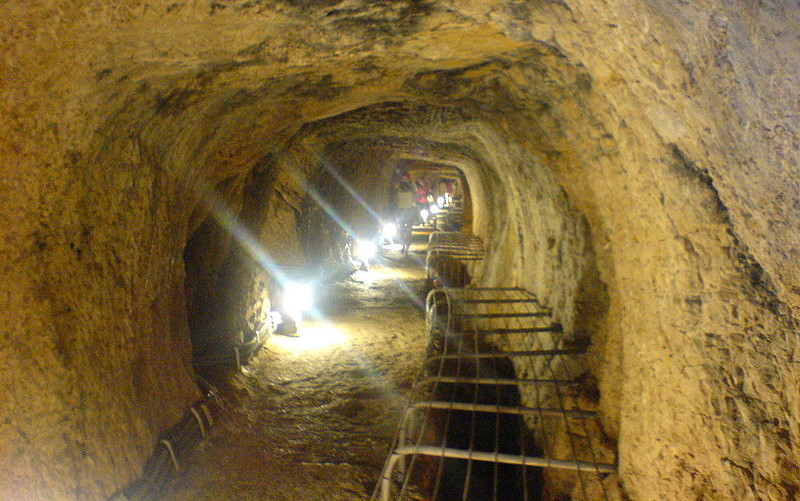 When the Greek engineer Eupalinos contrived a tunnel in the 6th century B.C. to carry water through Mount Kastro to Samos, he started digging simultaneously from the north and south, hoping that the two tunnels would meet in the heart of the mountain. He arranged this through some timely doglegs: When the two teams could hear one another (meaning they were about 12 meters apart), each deviated from its course in both the horizontal (left) and vertical (right) planes:

This ensured that they wouldn’t tunnel on hopelessly past one another on parallel courses.

This worked amazingly well: In fact the vertical alignment, established using levels at the start, had been maintained so faithfully that the two tunnels differed by only a few millimeters, though they’d traversed a combined distance of more than a thousand meters.

This is only the second known tunnel to be excavated successfully simultaneously from both ends, and the first to accomplish this feat using geometric principles, which Euclid would codify only centuries later.