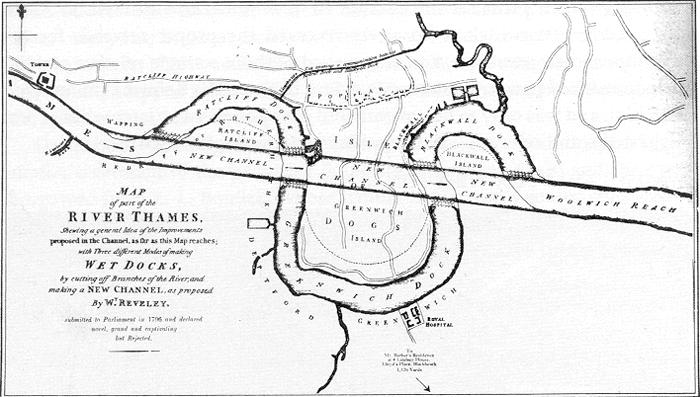 In 1796 English architect Willey Reveley proposed to straighten the Thames between Wapping and Woolwich Reach, arguing that the measure would reduce the river’s length, simplify navigation, and improve its flow, reducing pollution.

Parliament considered the plan but never implemented it. “Revely had rather an awkward way of letting loose his real opinions; and he habituated himself to a sarcastic mode of delivering them,” read his obituary. “It need not be added, that such qualities were not calculated to render him popular.”