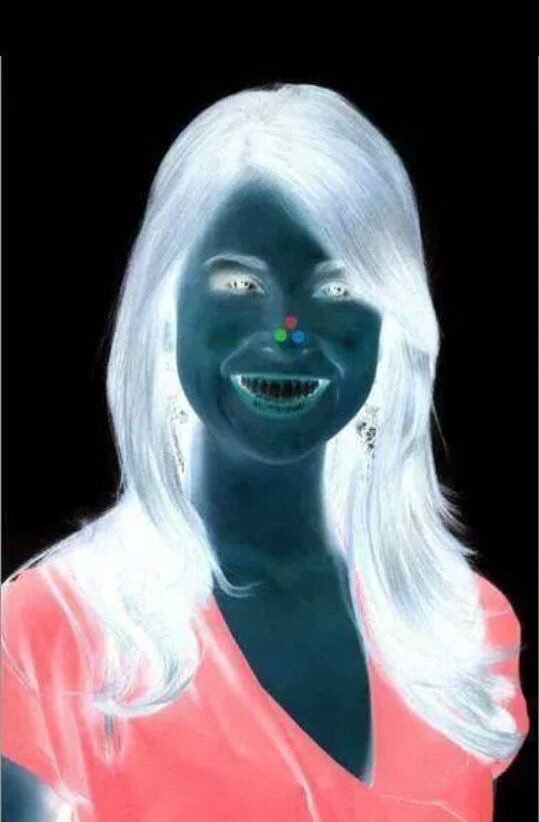 From Reddit: Stare at the red dot on this woman’s nose for 30 seconds, then look at a white wall and blink.

I was surprised, and agreeably amused, with the following experiment. I covered a paper about four inches square with yellow, and with a pen filled with a blue colour wrote upon the middle of it the word BANKS in capitals, and sitting with my back to the sun, fixed my eyes for a minute exactly on the centre of the letter N in the middle of the word; after closing my eyes, and shading them somewhat with my hand, the word was distinctly seen in the spectrum in yellow letters on a blue field; and then, on opening my eyes on a yellowish wall at twenty feet distance, the magnified name of BANKS appeared written on the wall in golden characters.