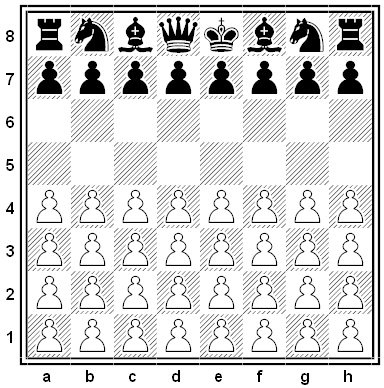 Lord Dunsany, the Anglo-Irish fantasy writer, proposed this alarming chess variant in the 1940s. Black has his usual army, but he’s facing an onslaught of white pawns, without even a king to attack. But he has the first move, and White’s pawns are denied the customary option of advancing two squares on their first move. To win, Black must capture all 32 white pawns; White wins by checkmating Black.

You can experiment with it here, and you can play a close variant, called Horde, on the Internet chess server Lichess.