There’s not much to say about this, but it’s wonderfully picturesque: Standing near the village of Plougrescant on the coast of Brittany is Castel Meur, “the house between the rocks.”

Constructed in 1861, it’s situated between granite rocks to protect it from storms.

Casa do Penedo, in northern Portugal, has boulders for its foundation, walls, and ceiling. (Thanks, Rui.)

Wickhams department store planned an imposing new edifice in London’s East End in 1923, but the Spiegelhalter family refused to sell its jewelry shop, so the Wickhams facade had to be built “around” it. The “Spiegelhalter gap” was never closed — the department store closed in the 1960s, while the jewelers’ held out until 1982. (Thanks, Nick.) 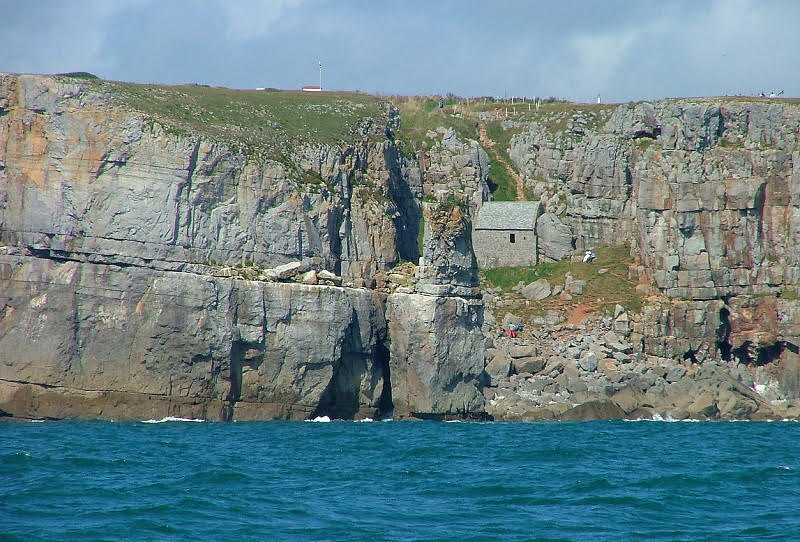 St. Govan’s Chapel in Pembrokeshire, Wales, is built into the side of a limestone cliff — visitors must climb down a flight of 52 stairs to reach it. (Thanks, Chris.)