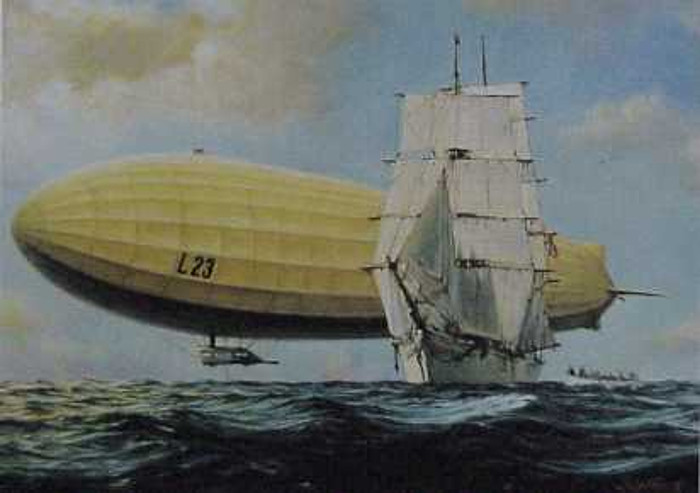 The only instance during World War I of an airship capturing a merchant vessel occurred on April 23, 1917, when the German zeppelin L 23 descended on the civilian Norwegian schooner Royal off the Danish coast. At the airship’s approach the crew abandoned the Royal in boats, and the zeppelin made a water landing to capture them.

The ship turned out to be carrying pit-props, a contraband lading, and Kapitänleutnant Ludwig Bockholt saw her conducted into the Elbe escorted by two German destroyers. “The capture of the Royal — actually a schooner of only 688 tons — hardly affected the trade war against England,” writes historian Douglas H. Robinson, “but Bockholt’s flamboyant gesture appealed particularly to the men, and tales of the exploit were told from Tondern to Hage.”