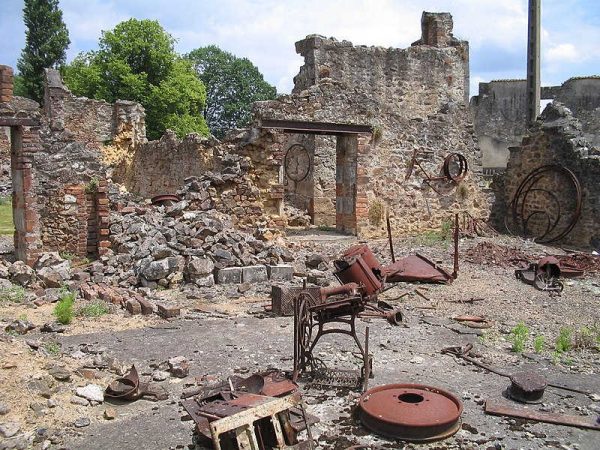 On June 10, 1944, a German Waffen-SS company massacred the inhabitants of Oradour-sur-Glane in Nazi-occupied France. The men were shot with machine guns, and the women and children were locked in a church that was set afire. In all, 642 residents were killed.

After the war, Charles de Gaulle ordered that the village not be rebuilt but serve as a memorial to the horrors of the Nazi occupation. A new village was built nearby, but the ruins of the “martyred village” have stood unchanged for 75 years.