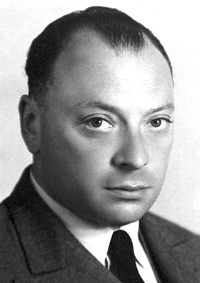 In The Roots of Coincidence, Arthur Koestler mentions that the participants at a 1932 conference on nuclear physics put on a parody of Goethe’s Faust in which Wolfgang Pauli played Mephistopheles. “His Gretchen was the neutrino, whose existence Pauli had predicted, but which had not yet been discovered.”

Beware, beware, of Reason and of Science
Man’s highest powers, unholy in alliance.
You’ll let yourself, through dazzling witchcraft yield
To weird temptations of the quantum field.

Enter Gretchen; she sings to Faust. Melody: ‘Gretchen at the Spinning Wheel’ by Schubert.

My rest-mass is zero
My charge is the same
You are my hero
Neutrino’s my name.

There’s more here, including a link to the original script (in German).