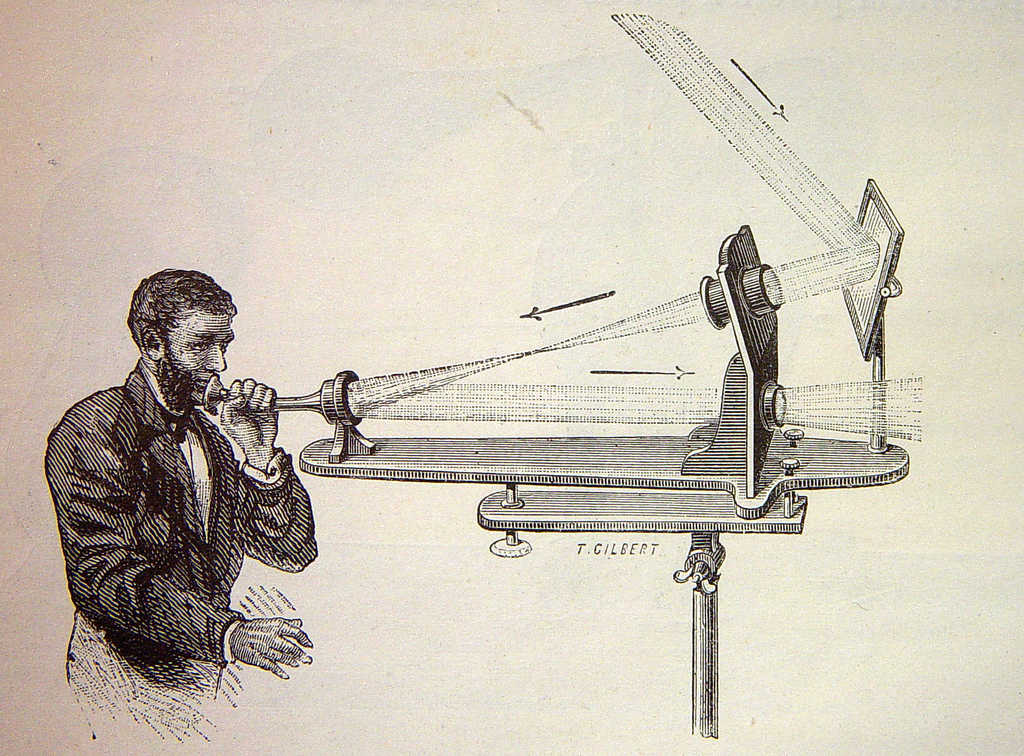 Alexander Graham Bell believed that his greatest achievement was the photophone, a device that could transmit speech on a beam of light. The speaker’s voice would strike the back of a mirror, modulating a reflected ray. When the ray reached the receiver the process was reversed, producing sound waves.

“I have heard articulate speech by sunlight!” Bell wrote to his father in 1880. “I have heard a ray of the sun laugh and cough and sing! … I have been able to hear a shadow and I have even perceived by ear the passage of a cloud across the sun’s disk. You are the grandfather of the Photophone and I want to share my delight at my success.”

Bell hoped the invention might supplant expensive telephone lines, but it proved too vulnerable to weather conditions and fell by the wayside. That didn’t surprise the New York Times, which wrote in an editorial, “Until [the public] sees a man going through the streets with a coil of No. 12 sunbeams on his shoulder, and suspending them from pole to pole, there will be a general feeling that there is something about Professor Bell’s photophone which places a tremendous strain on human credulity.”