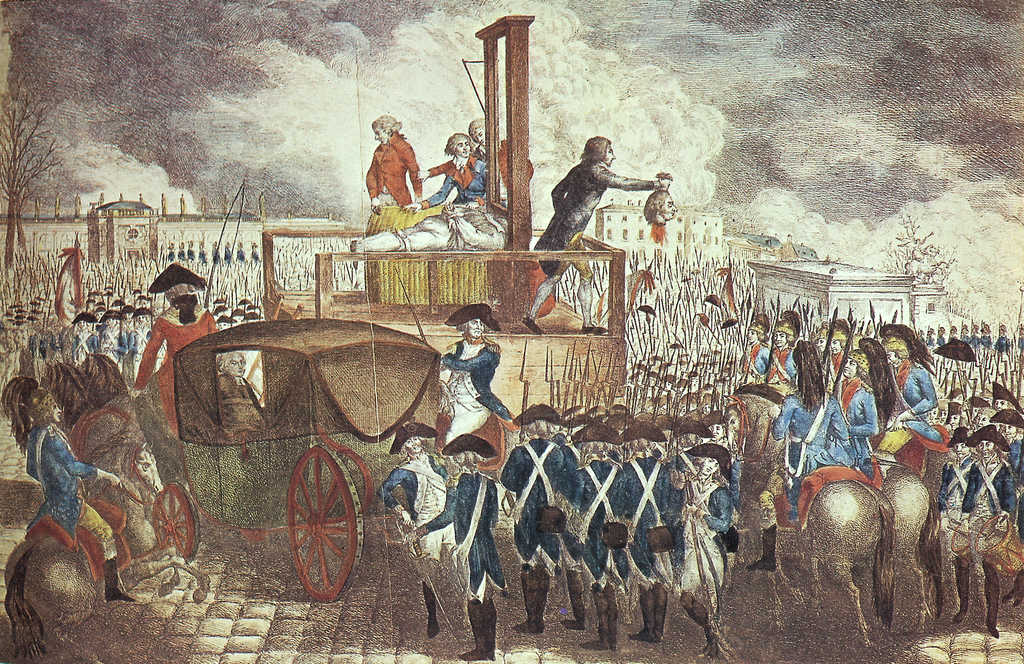 The guillotine was originally offered as a humane method of execution — but rumors circulated that a sudden, clean decapitation did not always kill the prisoner. In 1905 a Dr. Beaurieux examined the just-removed head of Henri Languille:

I called in a strong, sharp voice: ‘Languille!’ I saw the eyelids slowly lift up, without any spasmodic contractions — I insist advisedly on this peculiarity — but with an even movement, quite distinct and normal, such as happens in everyday life, with people awakened or torn from their thoughts.

Next Languille’s eyes very definitely fixed themselves on mine and the pupils focused themselves. I was not, then, dealing with the sort of vague dull look without any expression that can be observed any day in dying people to whom one speaks. I was dealing with undeniably living eyes which were looking at me. After several seconds, the eyelids closed again. … It was at that point that I called out again and, once more, without any spasm, slowly, the eyelids lifted and undeniably living eyes fixed themselves on mine with perhaps even more penetration than the first time. Then there was a further closing of the eyelids, but now less complete. I attempted the effect of a third call; there was no further movement — and the eyes took on the glazed look which they have in the dead.

Perhaps hanging is easier. From the Quarterly Review, September 1849, quoted in Notes and Queries, July 4, 1874:

An immense number of persons recovered from insensibility have recorded their sensations, and agree in the report that an easier end [than hanging] could not be desired. An acquaintance of Lord Bacon, who meant to hang himself partially, lost his footing, and was cut down at the last extremity, having nearly paid for his curiosity with his life. He declared that he felt no pain, and his only sensation was of fire before his eyes, which changed first to black and then to sky-blue. These colours are even a source of pleasure. A Captain Montagnac, who was hanged in France during the religious wars, and rescued from the gibbet at the intercession of Viscount Turenne, complained that, having lost all pain in an instant, he had been taken from a light of which the charm defied description. Another criminal, who escaped by the breaking of the cord, said that, after a second of suffering, a fire appeared, and across it the most beautiful avenue of trees. Henry IV. of France sent his physician to question him, and when mention was made of a pardon, the man answered coldly that it was not worth the asking.