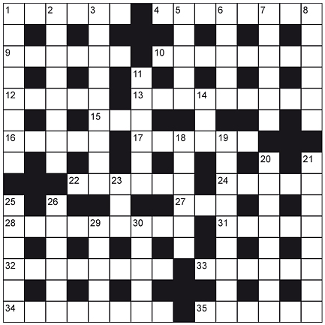 In January 1942, a series of letters to the Daily Telegraph complained that the newspaper’s crossword was too easy — anyone might solve it in a matter of minutes, they said. Accordingly the chairman of a London club offered to donate £100 to charity if anyone could solve a given crossword in 12 minutes. Editor Arthur Watson arranged a competition in the paper’s Fleet Street newsroom, and five people won the competition (though the fastest was later disqualified for misspelling a word). Several were later hired to work at Bletchley Park breaking German military codes.

The Telegraph published the “time test” puzzle later that month, and presented it again in 2014, inviting readers to try to solve it in 12 minutes. “Could you have been a codebreaker at Bletchley Park?”