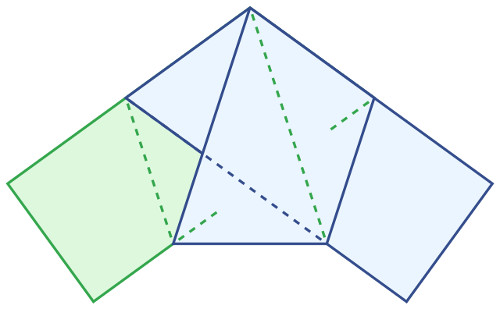 Many people know that you can form a pentagon by tying a strip of paper in a simple overhand knot.

Stephen Bleecker Luce’s seamanship manual of 1863 tells how to fold a blade of grass into an octagon (below):

That’s pretty terse, but I think I’ve almost managed to do it tonight. Keep your eye on the drawing of the finished piece, and don’t form and flatten the finished shape until you’ve done all the weaving. 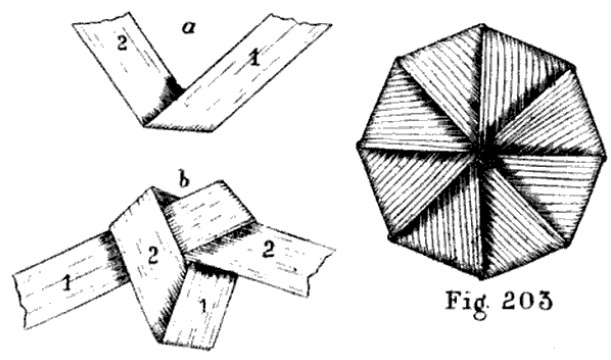 (Via The Ashley Book of Knots.)