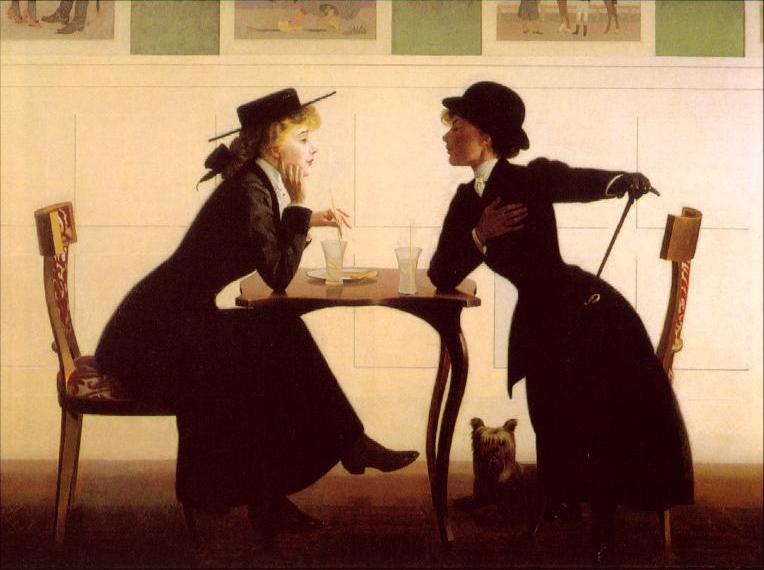 What rules underlie natural conversation? In a lecture at Harvard in 1967, British philosopher H.P. Grice set out to specify them using a mathematical approach, as Euclid had done in plane geometry. First, he said, the participants in a conversation follow a Cooperative Principle:

Make your conversational contribution such as is required, at the stage at which it occurs, by the accepted purpose or direction of the talk exchange in which you are engaged.

Then he derived more specific principles under four headings:

These are useful, but they’re not axioms. “[I]t is possible to engage in a genuine and meaningful conversation and yet fail to observe one or more of the maxims Grice listed,” writes Stanford mathematician Keith Devlin. “The maxims seem more a matter of an obligation of some kind.” In Grice’s own words, “I would like to be able to think of the standard type of conversational practice not merely as something which all or most do in fact follow, but as something which it is reasonable for us to follow, which we should not abandon.”

(Keith Devlin, “What Will Count as Mathematics in 2100?”, in Bonnie Gold and Roger A. Simons, eds., Proof & Other Dilemmas: Mathematics and Philosophy, 2008.)