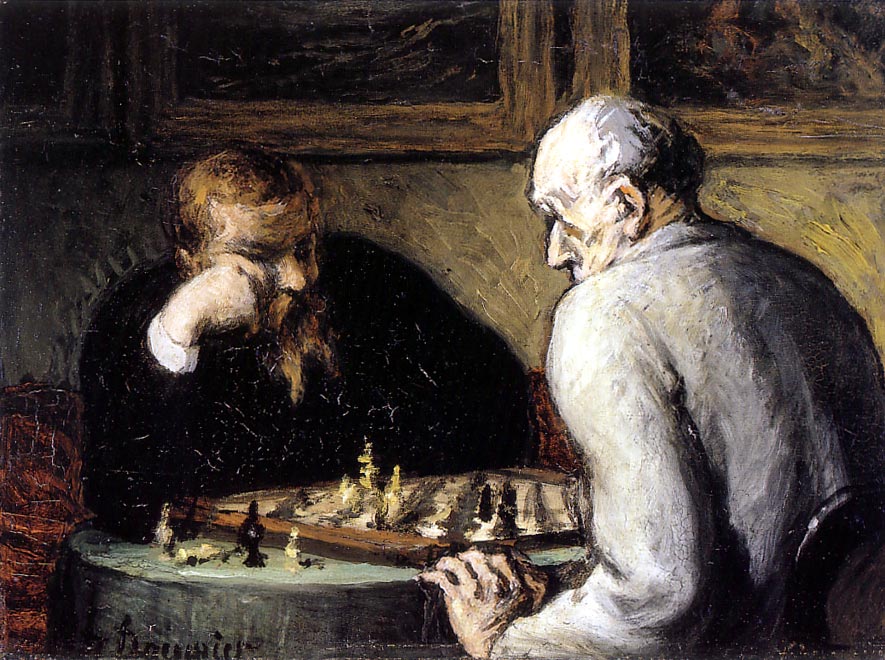 In his early thinking about a chess-playing computer, information theorist Claude Shannon pointed out that a precise evaluation of a chessboard position would take one of only three possible values, because an infinitely smart player would never make a mistake and could reliably convert even a tiny advantage into a win. Chess to him would be as transparent as tic-tac-toe is to us.

A game between two such mental giants, Mr. A and Mr. B, would proceed as follows. They sit down at the chessboard, draw for colours, and then survey the pieces for a moment. Then either