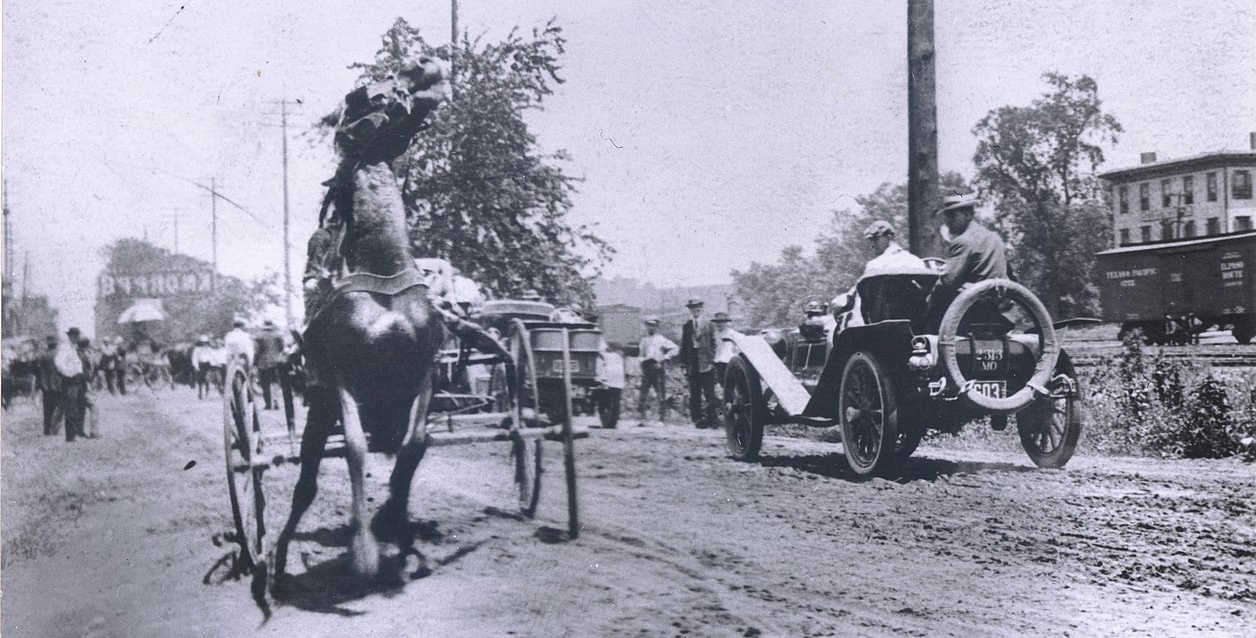 Rudyard Kipling described the car as a ‘petrol-piddling monster.’ Queen Victoria called it a ‘very shaky and disagreeable conveyance altogether.’ … As had the cycle before it, the car had a tendency to frighten horses and thus cause great antagonism in other travelers and bystanders. A frequent, joking explanation of the horses’ reactions was, ‘How would you act if you saw a pair of pants coming down the street with no one in them?’