This is incredible. In 2005, mathematician Mike Keith took a 717-word section from the essay on Mount Fuji in Lafcadio Hearn’s 1898 Exotics and Retrospective and anagrammed it into nine 81-word poems, each inspired by an image from Hokusai’s famous series of landscape woodcuts, the Views of Mount Fuji.

That’s not the most impressive part. Each anagrammed poem can be arranged into a 9 × 9 square, with one word in each cell. Stacking the nine grids produces a 9 × 9 × 9 cube. Make two of these cubes, and then: 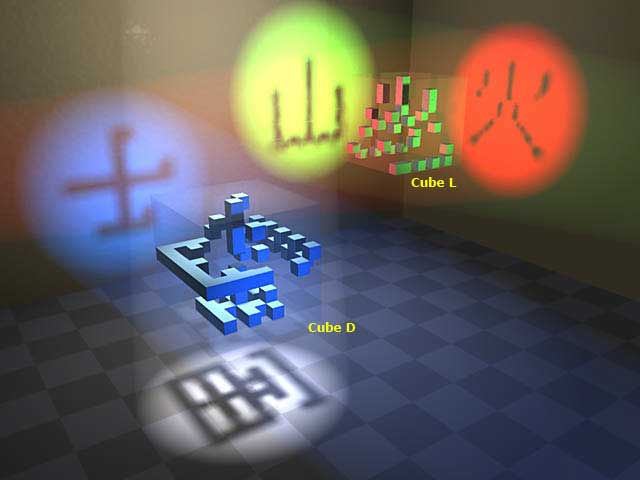 The shadows they cast form reasonable renderings of four Japanese kanji characters relevant to the anagram:

See Keith’s other anagrams, including a 211,000-word recasting of Moby-Dick.