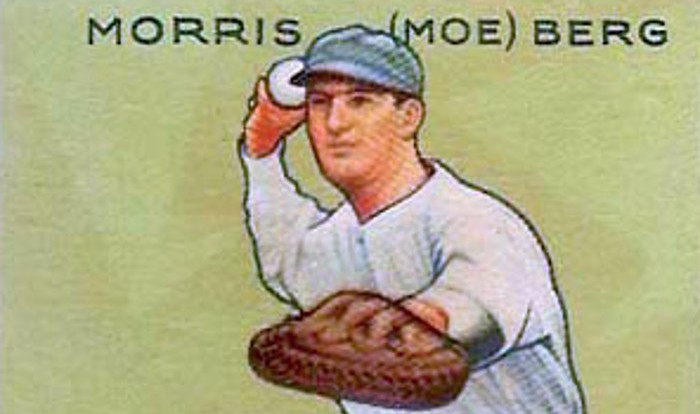 Moe Berg earned his reputation as the brainiest man in baseball — he had two Ivy League degrees and studied at the Sorbonne. But when World War II broke out he found an unlikely second career, as a spy trying to prevent the Nazis from getting an atomic bomb. In this week’s episode of the Futility Closet podcast we’ll follow Berg’s enigmatic life and its strange conclusion.

We’ll also consider the value of stripes and puzzle over a fateful accident.

At least six of Felix Mendelssohn’s songs were written by his sister Fanny.

Sources for our feature on Moe Berg:

Nicholas Dawidoff, The Catcher Was a Spy, 1994.

Hal Bock, “A Catcher and a Spy — Journeyman Backstop Was an Operative During WWII — Moe Berg,” Associated Press, June 25, 2000.

Douglas Bader on This Is Your Life.

This week’s lateral thinking puzzle was contributed by listener Manon Molliere. Here’s a corroborating link (warning — this spoils the puzzle).