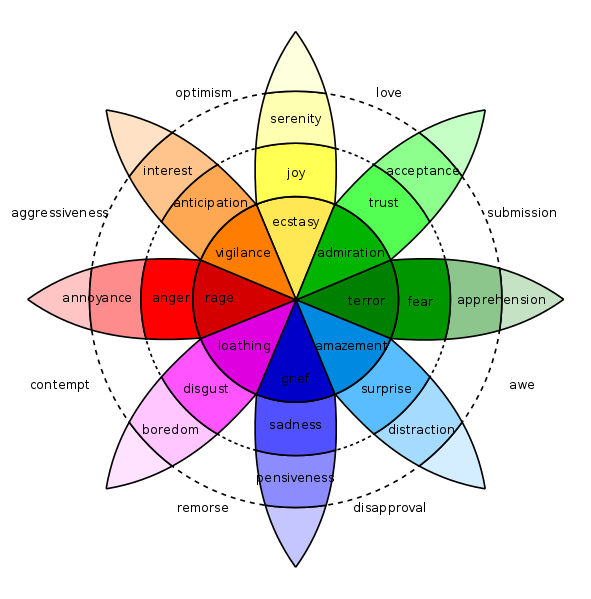 In 1958 psychologist Robert Plutchik suggested that there are eight primary emotions: joy, sadness, anger, fear, trust, disgust, surprise, and anticipation. Each of the eight exists because it serves an adaptive role that gives it survival value — for example, fear inspires the fight-or-flight response.

He arranged them on a wheel to show their relationships, with similar emotions close together and opposites 180 degrees apart. Like colors, emotions can vary in intensity (joy might vary from serenity to ecstasy), and they can mix to form secondary emotions (submission is fear combined with trust, and awe is fear combined with surprise).

When all these combinations are included, the system catalogs 56 emotions at 1 intensity level. And in his final “structural model” of emotions, the petals are folded up in a third dimension to form a cone.