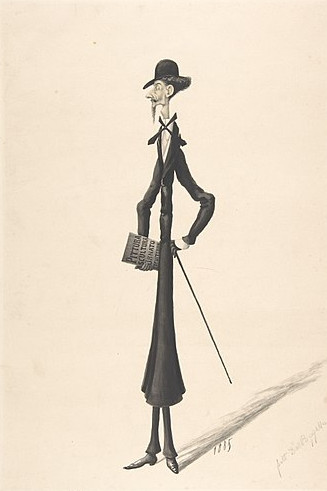 I just thought this was interesting: In the 1970s a little spate of studies investigated why men and women carry books in stereotypically different ways. A 1976 study in Tennessee found that by junior high school males tended to carry books at their sides, with the arm relatively straight and the hand cupped under the book’s lower edge. Females cradled a book in the arm at the front side of the body, resting on the hip or pelvic bone.

A second study in the same year ruled out some theories: It found that men and women carried books of roughly equal weight, and that both had hand grips strong enough to carry their books in either position. (Also, carrying purses didn’t significantly alter the way women carried their books.)

A University of Washington study two years later replicated the earlier findings but suggested that “women with hips that extend past the comfortable fall line of the arm along the side of the body will not show the side carry typically seen in males.” (“In effect, the hip in females fills the side space that males fill with their books.”)

But a re-examination 15 years later found that the picture was changing: While 90 percent of the men still carried books at their sides, now so did 43-60 percent of the women. So perhaps it’s not correct to speak of these as intrinsically masculine and feminine styles. But that raises another question: “why … men’s carrying behavior is uniform and stable, whereas women’s behavior is more varied and changing.”