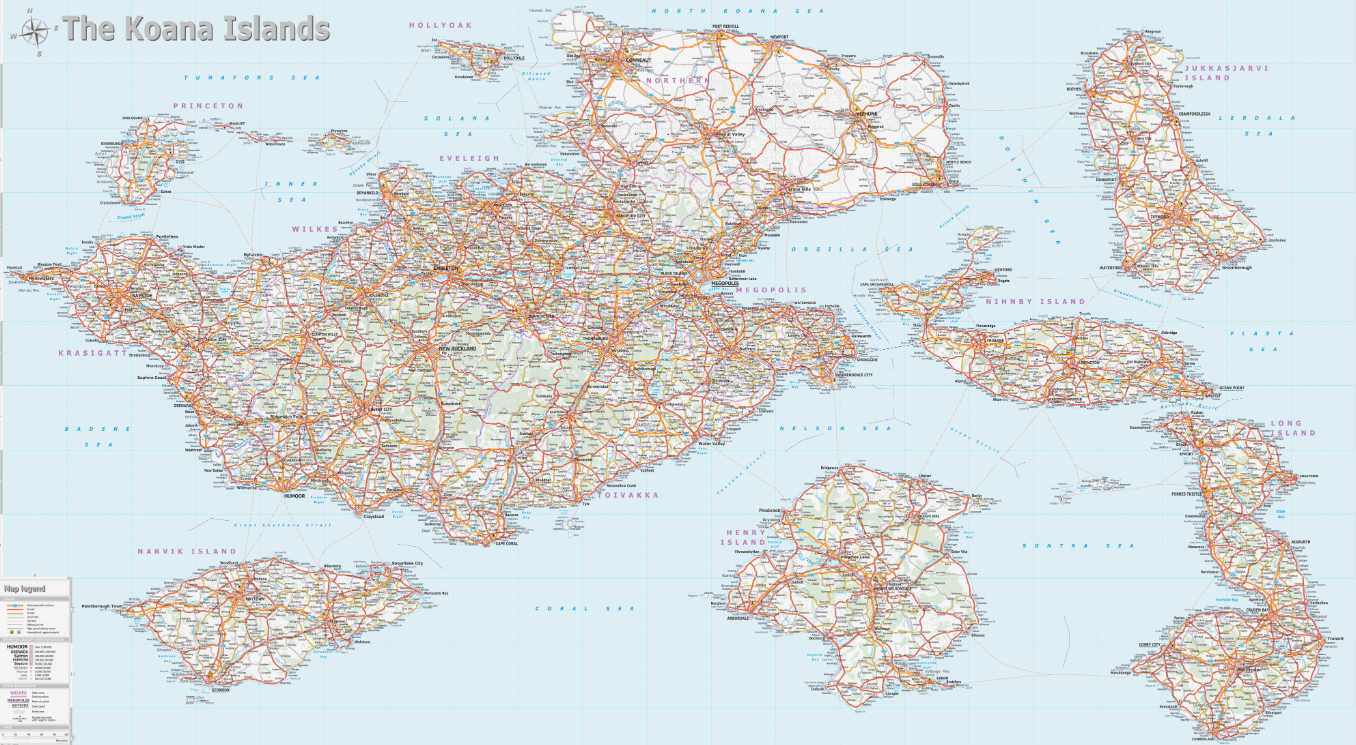 Silva’s pastime came to light in this innocent Reddit thread five years ago, and Wired followed up with an interview:

The Koana Islands, he explains, are located south of the equator roughly between Madagascar, Indonesia and Australia. It has thirteen states, and sprawls three climate zones. The population is mostly white, and speaks a language that is derived from mixing English and Swedish settlers. The country industrialized relatively late, but did so quickly, becoming the world’s best place to earn a living by the 1970s. It is routinely ranked among the world’s best countries to live. Civic engagement is high, and the country has an extensive public welfare system, including the famous public transit system. Crime is low, but if you find yourself trouble, you can dial 777 for assistance.

For those who want to know more, Silva maintains a wiki and a subreddit. “I’m a very quiet person with strong opinions,” he says, “and the beauty of building a fictional nation is it gives you an outlet to express those things.”