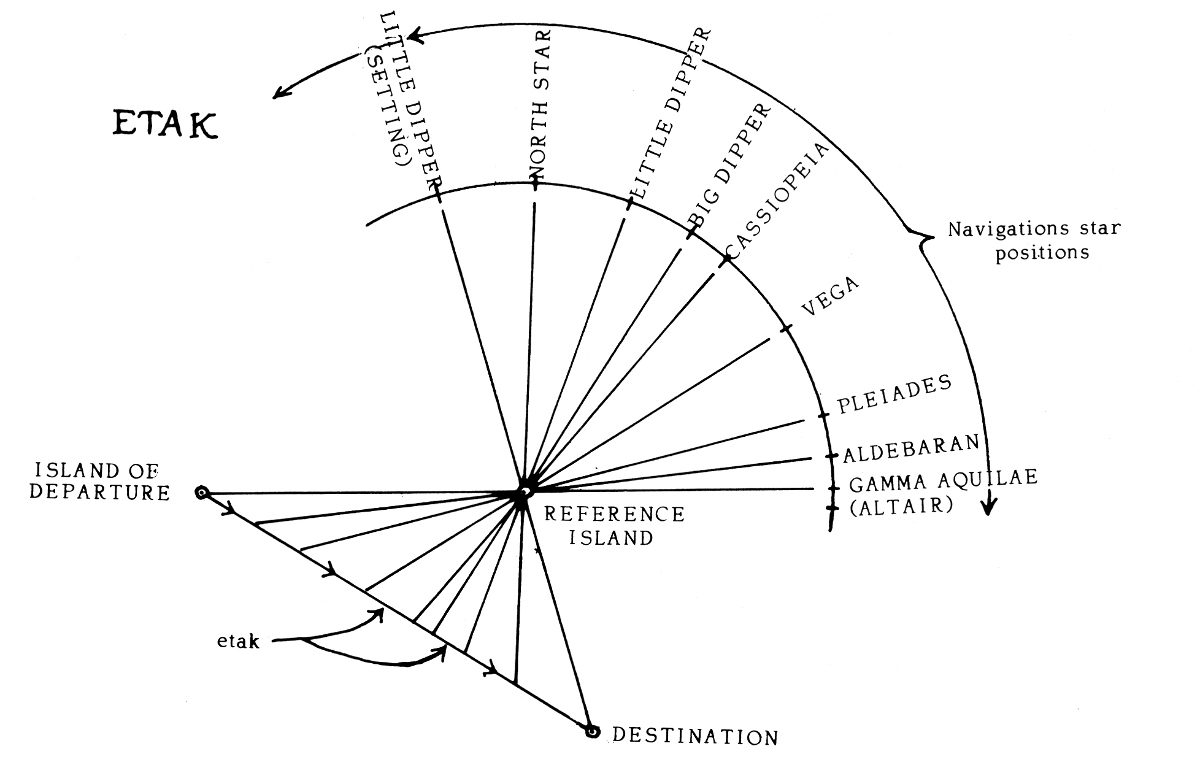 Navigators from the Poluwat atoll of Micronesia find their way among islands by appealing to parallax — a reference island at one side of their course will appear to pass beneath a succession of stars:

This is a dynamic model: Where Western navigators think of a vessel moving among stationary islands, the Poluwatese find it more natural to think of the canoe as stationary and the islands as moving around it. “Etak is perfectly adapted for its use by navigators who have no instruments, charts, or even a dry place in which to spread a chart if they had one,” writes Stephen D. Thomas in The Last Navigator. “Etak allows the Micronesian navigator to process all his information — course, speed, current drift, and so on — through a single, sea-level perspective.”

(Thomas Gladwin, East Is a Big Bird: Navigation and Logic on Puluwat Atoll, 1970, quoted in Lorenzo Magnani, Philosophy and Geometry, 2001.)