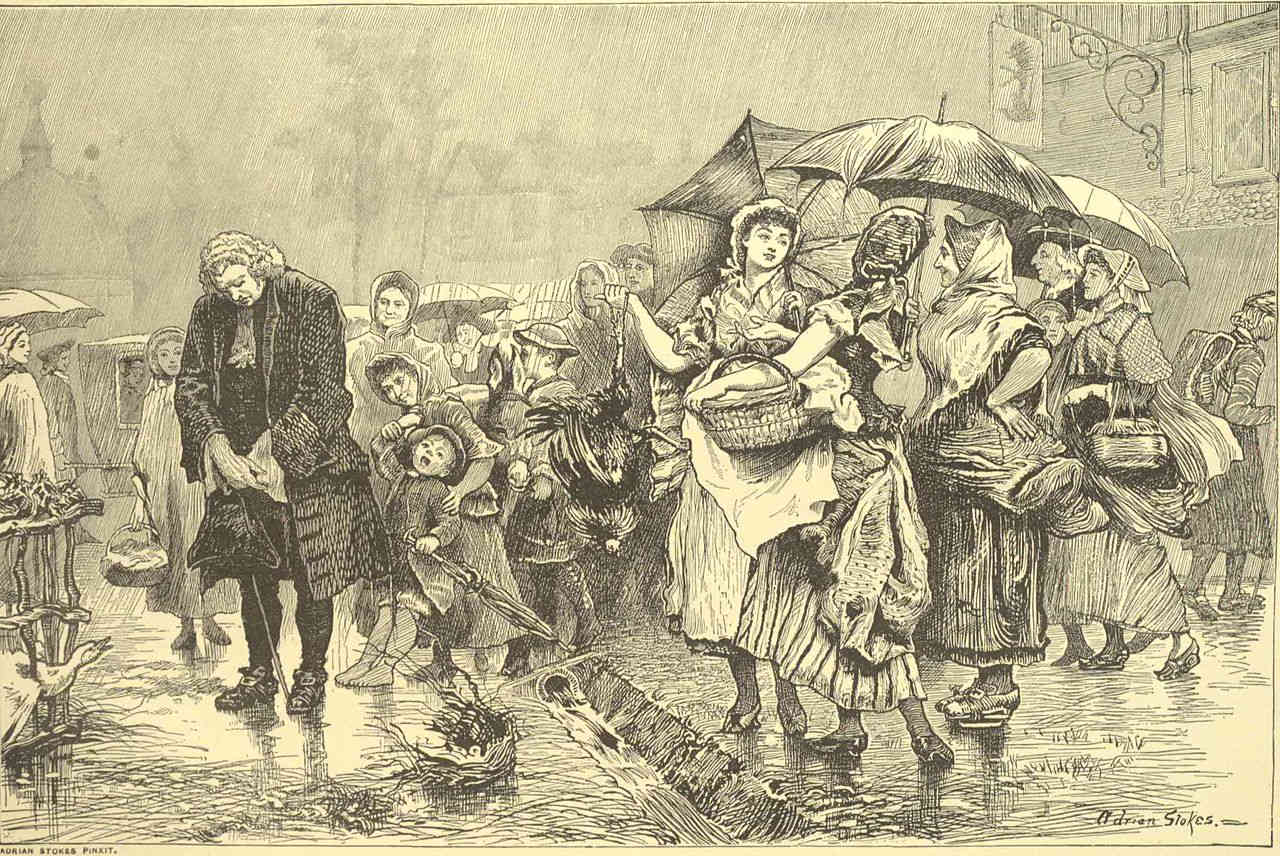 During the last visit which [Samuel Johnson] made to Lichfield [in 1781], the friends with whom he was staying missed him one morning at the breakfast-table. On inquiring after him of the servants, they understood he had set off from Lichfield at a very early hour, without mentioning to any of the family whither he was going. The day passed without the return of the illustrious guest, and the party began to be very uneasy on his account, when, just before the supper-hour, the door opened, and the Doctor stalked into the room. A solemn silence of a few minutes ensued, nobody daring to inquire the cause of his absence, which was at length relieved by Johnson addressing the lady of the house in the following manner: ‘Madam, I beg your pardon for the abruptness of my departure from your house this morning, but I was constrained to it by my conscience. Fifty years ago, madam, on this day, I committed a breach of filial piety, which has ever since lain heavy on my mind, and has not till this day been expiated. My father, you recollect, was a bookseller, and had long been in the habit of attending market, and opening a stall for the sale of his books during that day. Confined to his bed by indisposition, he requested me, this time fifty years ago, to visit the market, and attend the stall in his place. But, madam, my pride prevented me from doing my duty, and I gave my father a refusal. To do away the sin of this disobedience, I this day went in a post-chaise to Uttoxeter, and going into the market at the time of high business, uncovered my head, and stood with it bare an hour before the stall which my father had formerly used, exposed to the sneers of the standers-by and the inclemency of the weather; a penance by which I trust I have propitiated Heaven for this only instance, I believe, of contumacy toward my father.’

— Richard Warner, A Tour Through the Northern Counties of England, 1802

The act is commemorated today in the Johnson Memorial, which stands in the Market Place, in the town center.