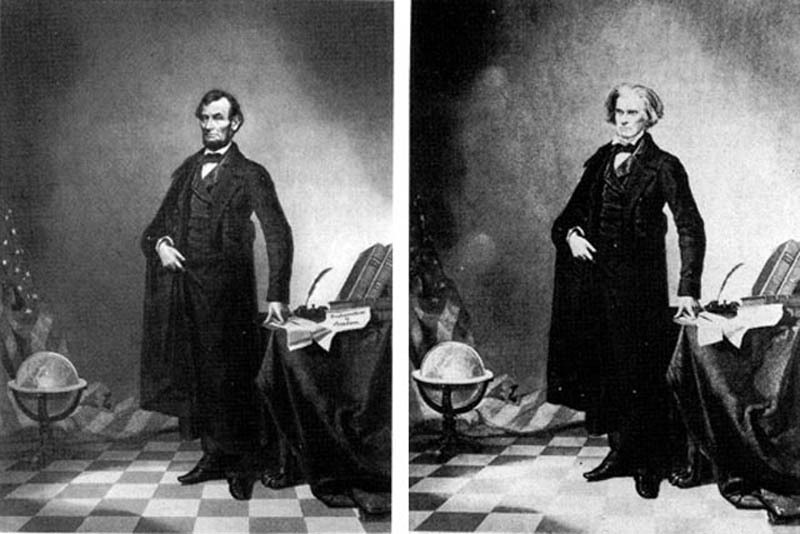 This iconic image of Abraham Lincoln is not authentic — Lincoln never posed in this “heroic” style during his lifetime, so after his death an enterprising artist added Abe’s head to a portrait of South Carolina Democrat John C. Calhoun.

Both men would have been aghast. “Many in the South once believed that slavery was a moral and political evil,” Calhoun once wrote. “That folly and delusion are gone. We see it now in its true light, and regard it as the most safe and stable basis for free institutions in the world.”