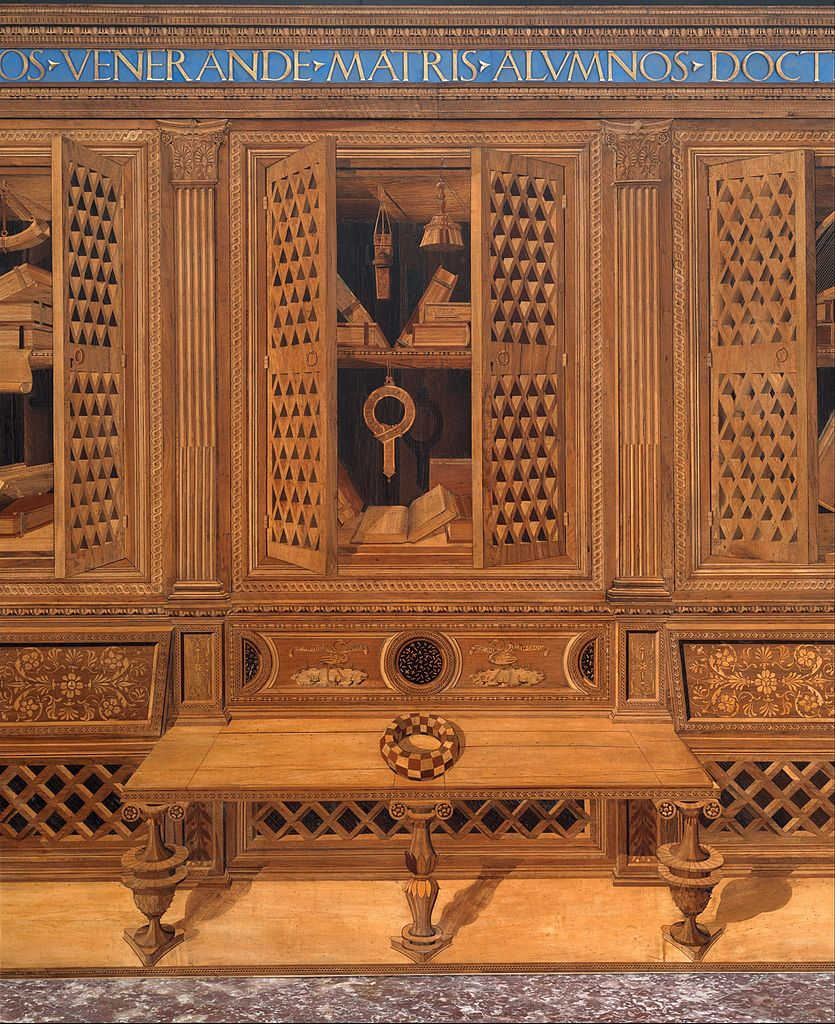 Created by Giuliano da Maiano in the 15th century, the walls of the studiolo from the ducal palace in Gubbio, Italy, feature elaborate trompe-l’œil illusions. The wall shown above is flat — the images of the bench, the open cabinets, their contents, and even the shadows are all meticulously fashioned from inlaid walnut (see below).

The perspective is carefully arranged, with a consistent horizon line and vanishing points. The illusion works best for a viewer 1.68 meters tall standing at a prescribed point along the entrance of the window niche. “When the studiolo’s doors were closed and the main window was covered by a pair of now-lost shutters, the viewer would have been surrounded by an illusionary but convincing space based on four converging perspectives.”

(From Olga Raggio, Federic da Montefeltro’s Palace at Gubbio and Its Studiolo, 1999.) 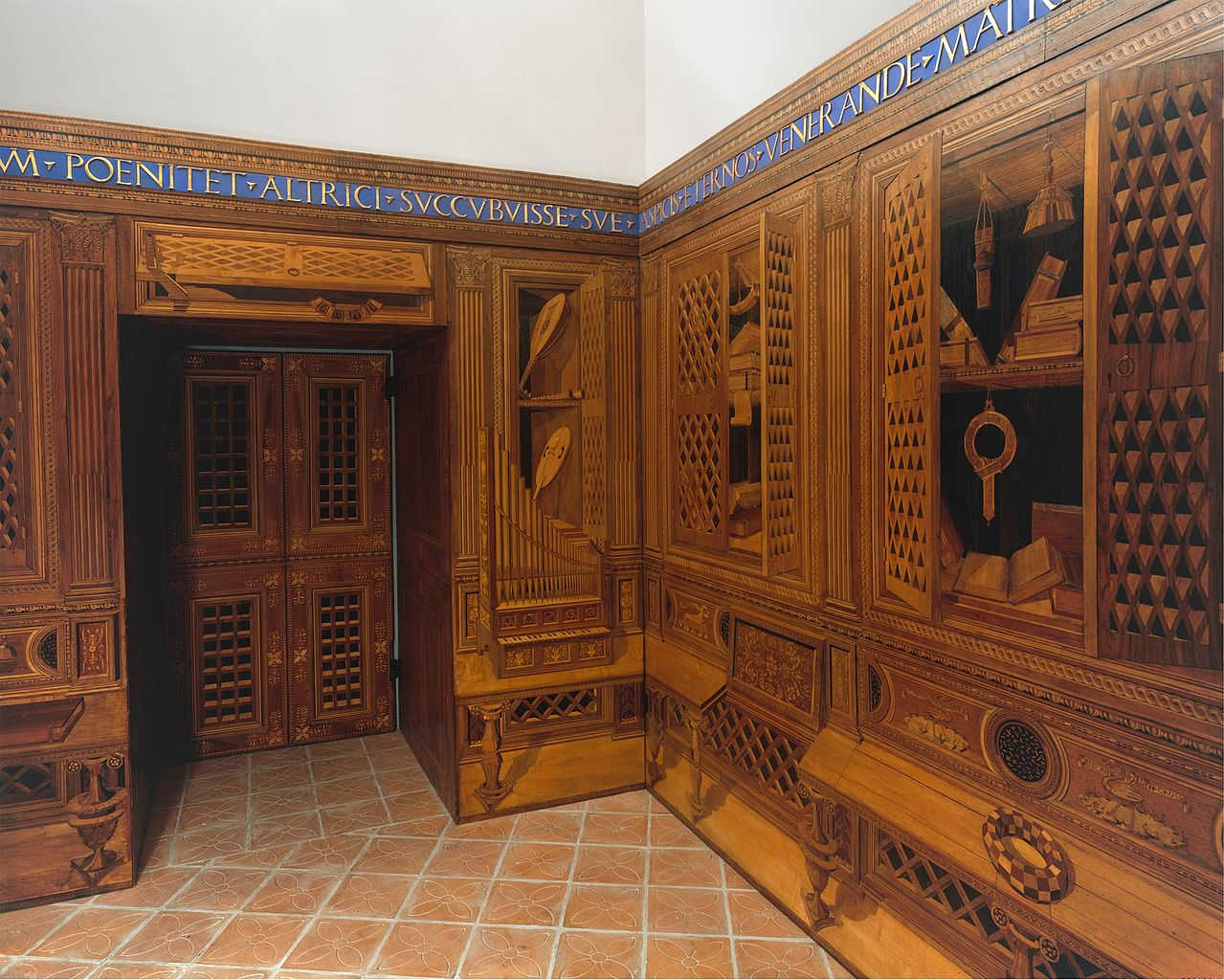