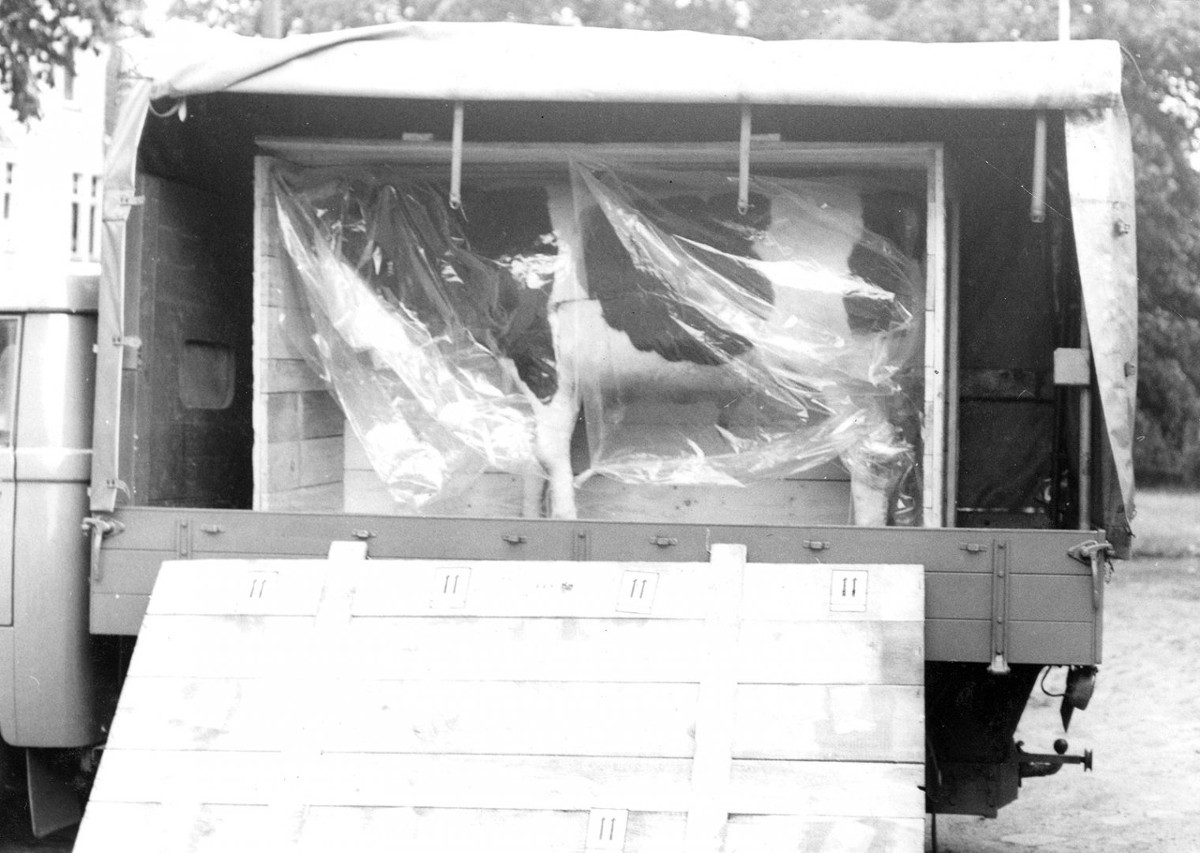 On the evening of July 7, 1969, guards at the Berlin Wall stopped a van headed out of East Berlin. It was carrying a life-size cow that the workmen said would be used in a display in West Berlin. Inside the cow the guards found 18-year-old Angelika B. of Karl-Marx-Stadt. Her fiancé in West Berlin had paid her two accomplices 5,000 DM to smuggle her out; if they’d been successful they’d have received twice that. All three were arrested, and the two helpers were sentenced to three years in prison for “subversive people trafficking.” Angelika was sentenced to 2 years 10 months but was later ransomed by West Germany.

Apparently the cow had been used twice before, successfully, to bring escapees to the West. 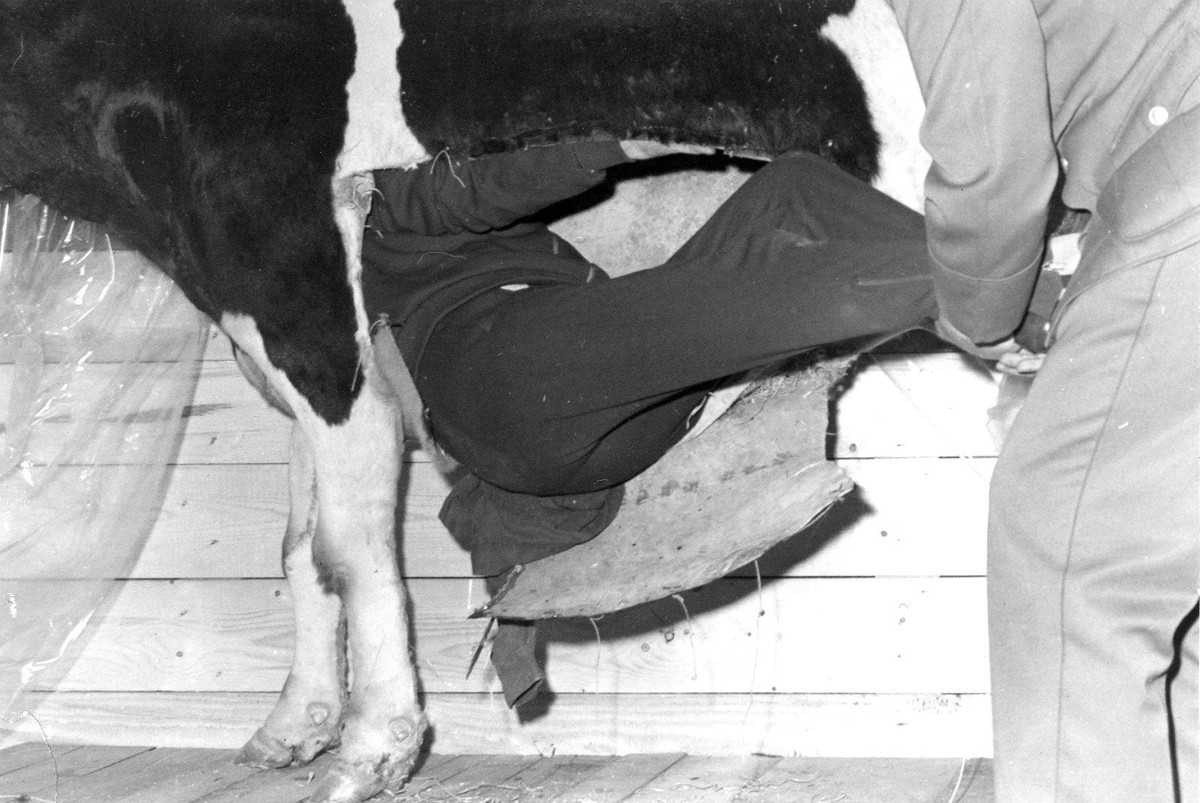