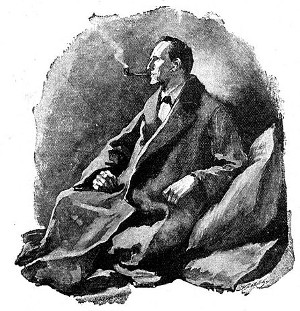 There is one fact in connection with Holmes which will probably interest those who have followed his career from the beginning, and to which, so far as I am aware, attention has never been drawn. In dealing with criminal subjects one’s natural endeavour is to keep the crime in the background. In nearly half the number of the Sherlock Holmes stories, however, in a strictly legal sense no crime was actually committed at all. One heard a good deal about crime and the criminal, but the reader was completely bluffed. Of course, I could not bluff him always, so sometimes I had to give him a crime, and occasionally I had to make it a downright bad one.

Fletcher Pratt computes that by 1914, when the record of Holmes’s detective activities ceases, no crimes had taken place in one quarter of the total published cases. In nine of these cases, there was no legal crime. In six no crime took place because Holmes intervened in time to prevent its occurrence.