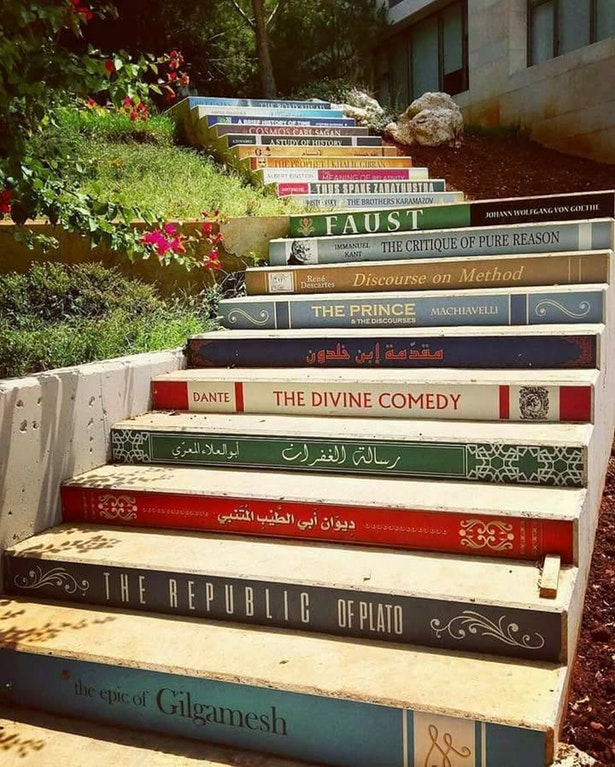 This staircase near the library at Lebanon’s University of Balamand is painted to resemble a stack of classic texts:

This puts them (almost) in chronological order.