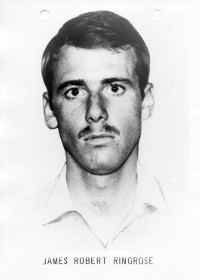 Former Ten Most Wanted Fugitive #236: On March 29, 1967, [James Robert] Ringrose was apprehended in Osaka, Japan, by Japanese police while attempting to pass bad checks. He was arrested in Hawaii after his return to the United States from Japan. He told the FBI agents he had been saving an item for several years and now he needed it. He then presented them with the Monopoly game card, ‘Get out of jail free.’

I’m pretty sure they’d have to honor this, wouldn’t they? It’s in the rules.