From Recreational Mathematics Magazine, 1961, a magic square of cards: 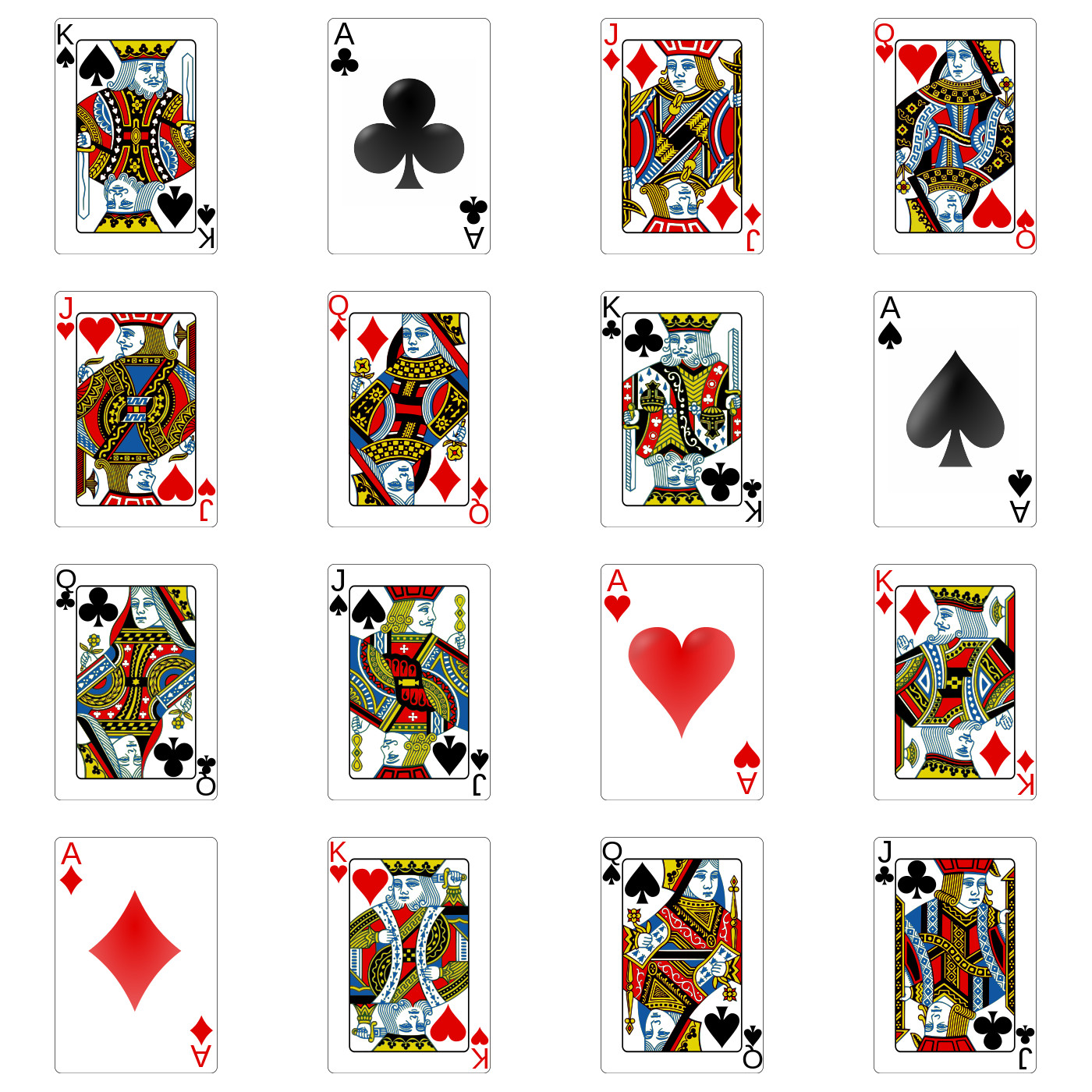 Each row, column, and main diagonal contains an ace, king, queen, and jack and all four suits. There are numerous other subsquares and symmetrical subsets of squares that have the same property, including the center 2 × 2 square and the four corner squares.