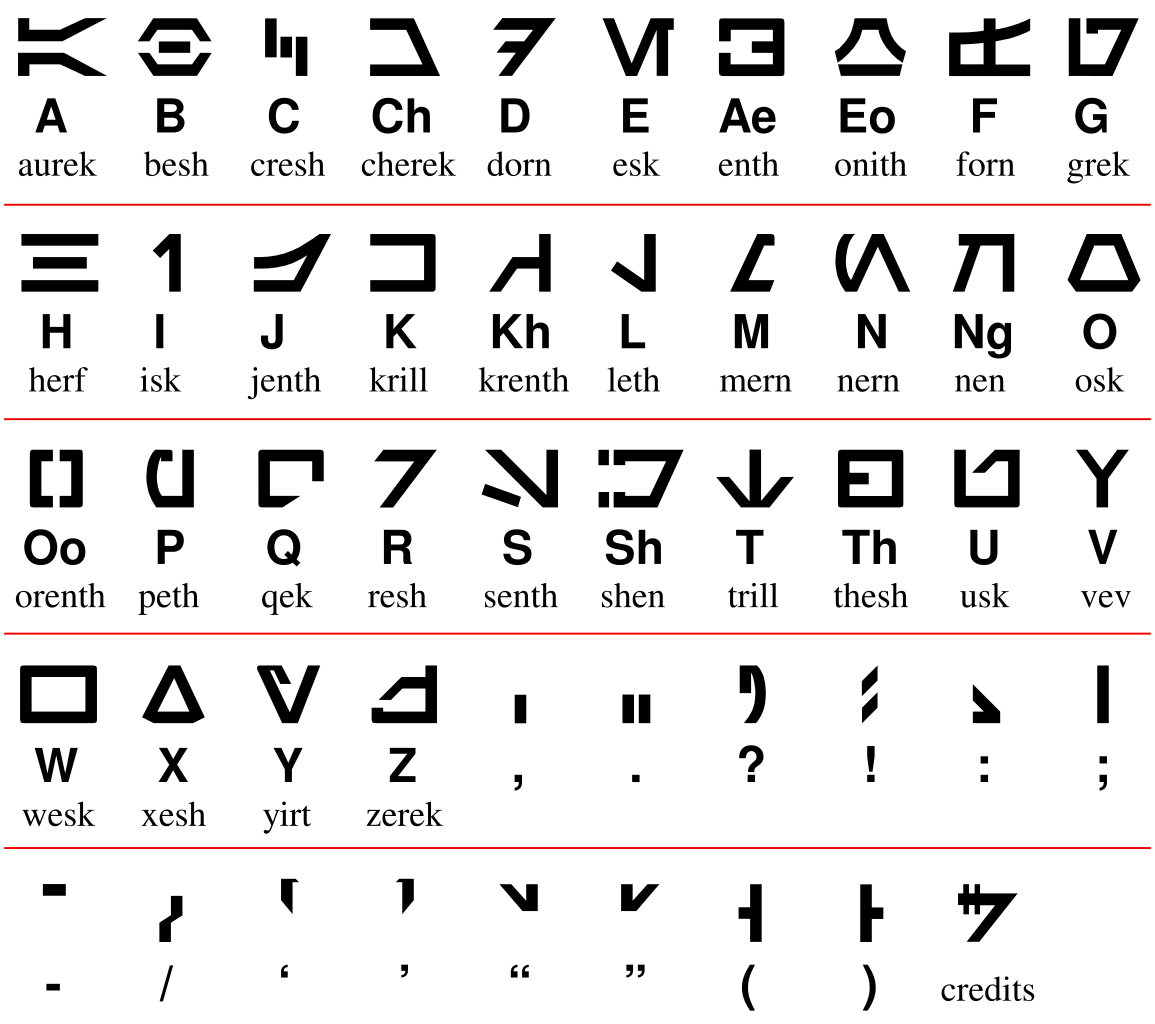 At the beginning of 1983’s Return of the Jedi, the third film in the original Star Wars trilogy, an alien script could be seen on monitor readouts on the second Death Star. Devised by artist Joe Johnston, these lines weren’t intended to be read, but West End Games art director Stephen Crane gave each character a name, creating an alphabet for gamers to use.

With Lucasfilm’s approval, this has become “Aurabesh,” a 34-letter writing system named for its first two letters, aurek and besh. And Aurabesh has now found its way into Star Wars films, books, comics, and TV series. Since the 2004 DVD release of A New Hope, the original film in the series, the words on the Death Star’s tractor beam control have appeared in Aurebesh, bringing the alphabet’s adoption full circle.

“The Aurebesh is a lot like Boba Fett,” Crane wrote. “It is a facet of the Star Wars phenomenon that had its origin as a cinematic aside, but which has come to be widely embraced, far out of proportion to its humble origins.”