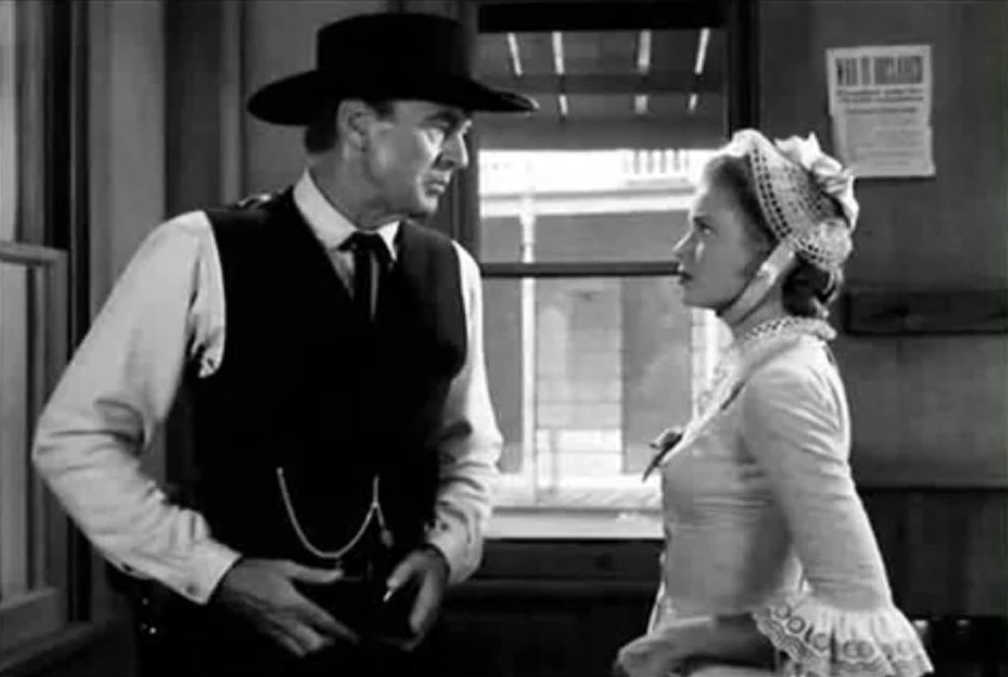 High Noon unfolds in real time — the running time of the story closely parallels the running time of the film itself. Producer Stanley Kramer said that the filmmakers hoped this would “create a sense of urgency as the noon hour approached.” Director Fred Zinnemann wrote the word CLOCK next to many scenes in his script, and he prepared a list of inserts in which clocks would be prominently visible:

An insert for Scene 294 was never shot — it would have started on a pendulum and panned up to show a clock with no hands, superimposed on a closeup of Gary Cooper’s Will Kane. Zinnemann said he’d got the idea from a handless clock he’d seen in front of a funeral home on Sunset Boulevard. He said it “would have intensified the feeling of panic.”