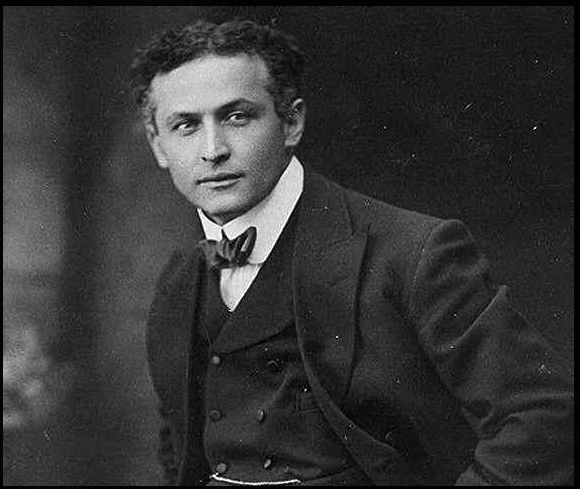 Harry Houdini worked out a code with his wife, Bess, so that they could communicate during his performances:

After Houdini died in 1926, Bess waited for a message in this code, according to an agreement between them. In 1929, psychic Arthur Ford claimed to have received it:

“Rosabelle” is a song that Bess used to sing. The rest, decoded, spells out BELIEVE. At first Bess took this as a genuine message from her husband, but skeptics pointed out that by this time she had revealed the code to Harold Kellock, who had published it in a biography that had appeared the previous year. So Ford could simply have learned the code and prepared the message himself. Bess repudiated Ford’s claim and in 1936 stopped attending séances. She said, “Ten years is long enough to wait for any man.”

“Houdini never said he could come back,” observed Henry Muller, curator of the Houdini Magical Hall of Fame. “He just thought that if anybody could do it, it would be him.”