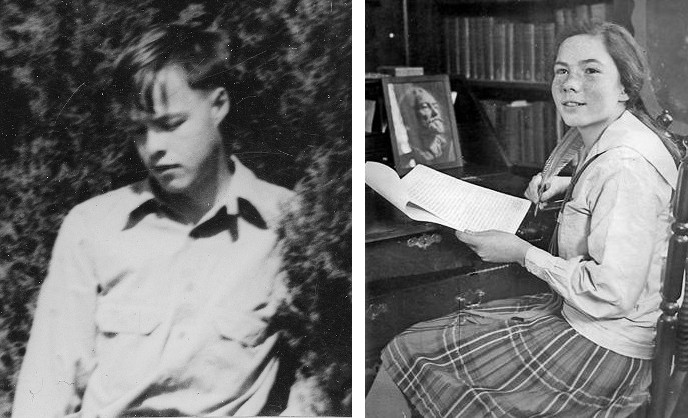 Everett Ruess and Barbara Newhall Follett were born in March 1914 at opposite ends of the U.S. Both followed distinctly unusual lives as they pursued a love of writing. And both disappeared in their 20s, leaving no trace of their whereabouts. In this week’s episode of the Futility Closet podcast we’ll describe the brief lives of two promising young authors and the mystery that lingers behind them.

We’ll also patrol 10 Downing Street and puzzle over when a pigeon isn’t a pigeon.

In the 1890s, tree-sized corkscrews were unearthed in Nebraska.

Pyrex vanishes when immersed in oil.

Sources for our feature on Everett Ruess and Barbara Newhall Follett:

This week’s lateral thinking puzzle was contributed by listener Doug Shaw, who sent this corroborating link (warning — this spoils the puzzle).