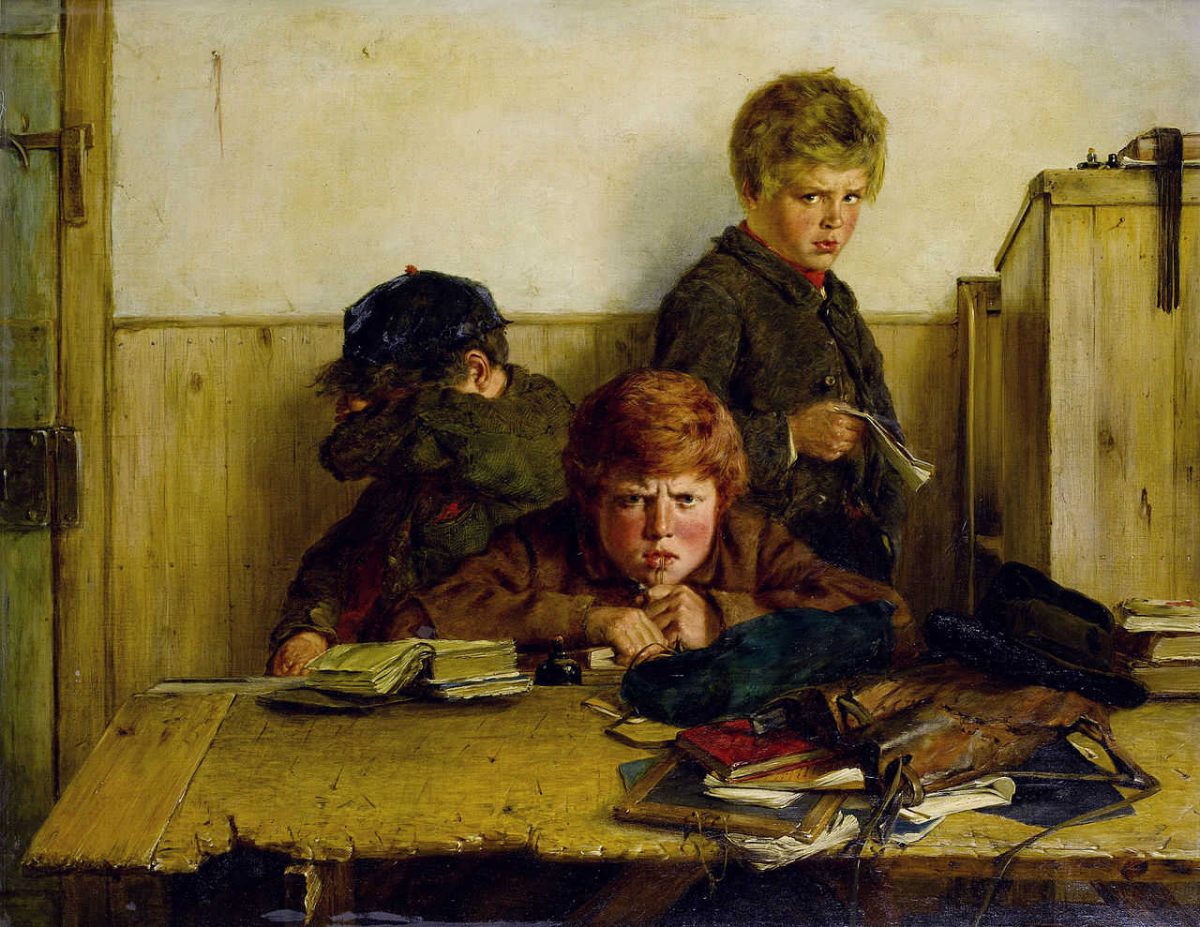 “It is astonishing the influence foolish apothegms have upon the mass of mankind, though they are not unfrequently fallacies,” wrote Sydney Smith. He used to amuse himself by collecting them; the first was Because I have gone through it, my son shall go through it also:

A man gets well pummelled at a public school; is subject to every misery and every indignity which seventeen years of age can inflict upon nine and ten; has his eye nearly knocked out, and his clothes stolen and cut to pieces; and twenty years afterwards, when he is a chrysalis, and has forgotten the miseries of his grub state, is determined to act a manly part in life, and says, ‘I passed through all that myself, and I am determined my son shall pass through it as I have done;’ and away goes his bleating progeny to the tyranny and servitude of the long chamber or the large dormitory. It would surely be much more rational to say, ‘Because I have passed through it, I am determined my son shall not pass through it; because I was kicked for nothing, and cuffed for nothing, and fagged for everything, I will spare all these miseries to my child.’ It is not for any good which may be derived from this rough usage; that has not been weighed and considered; few persons are capable of weighing its effects upon character; but there is a sort of compensatory and consolatory notion, that the present generation (whether useful or not, no matter) are not to come off scot-free, but are to have their share of ill-usage; as if the black eye and bloody nose which Master John Jackson received in 1800, are less black and bloody by the application of similar violence to similar parts of Master Thomas Jackson, the son, in 1830. This is not only sad nonsense, but cruel nonsense. The only use to be derived from the recollection of what we have suffered in youth, is a fixed determination to screen those we educate from every evil and inconvenience, from subjection to which there are not cogent reasons for submitting. Can anything be more stupid and preposterous than this concealed revenge upon the rising generation, and latent envy lest they should avail themselves of the improvements time has made, and pass a happier youth than their fathers have done?