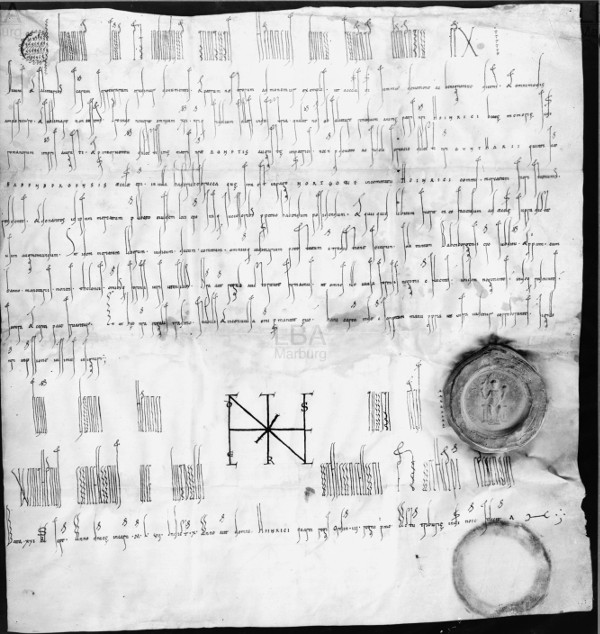 The framers of medieval charters needed to make them visually striking and memorable — relatively few people would be able to understand the Latin legalities, but many would see the documents, and in order to carry authority they had to look different from ordinary texts, remarkable and unique.

One way to do this was with “an altogether peculiar sort of writing, of which the first characteristic is elongation,” writes Nicolete Gray in Lettering as Drawing. In this charter given by Holy Roman Emperor Henry IV to the bishopric of Bamberg in 1057, the text is written in long, attenuated letters: 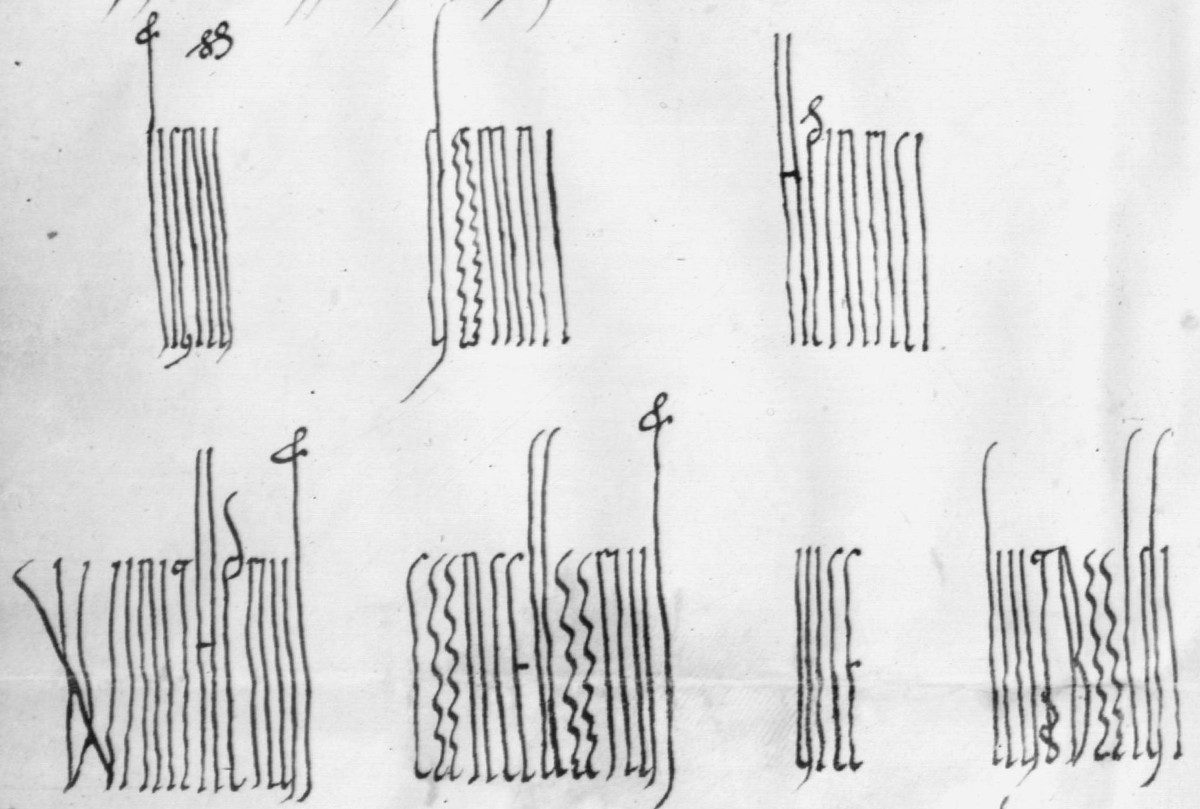 “The strange letter forms impress themselves, due to their difference from the norm, on the peoples’ consciousness and they thus endow the charter with a kind of aura that sets it apart,” writes Laurence de Looze in The Letter & the Cosmos. The signatures were often elaborate for the same reason: “A trace of worldly power is carried over into the writing, the letter forms performing this transfer of the power from the people who created the charter into the document itself.”