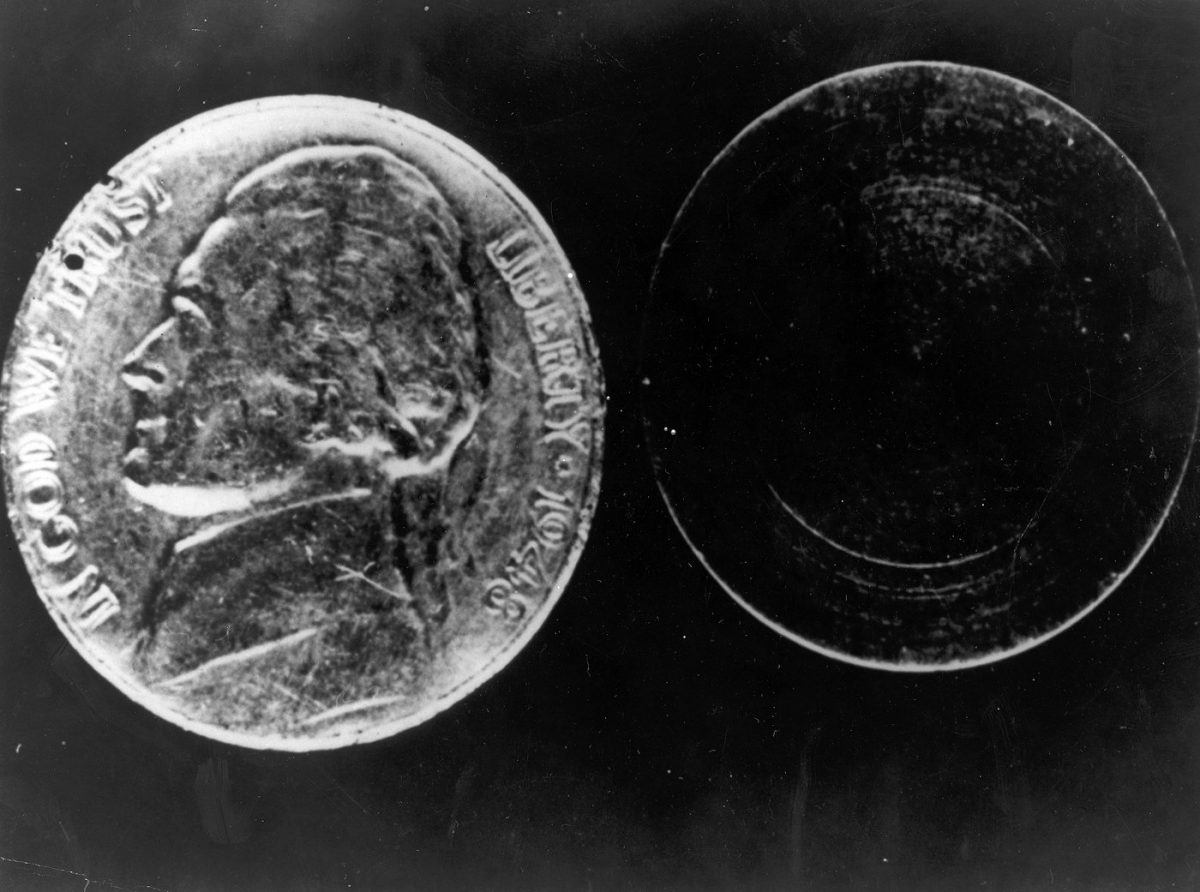 In June 1953, Brooklyn newsboy Jimmy Bozart was collecting in a Foster Avenue apartment building when someone paid him with a nickel that felt light. When he dropped it it popped open, revealing a piece of microfilm that bore a series of numbers (below).

The New York police gave it to the FBI, which spent four years trying to determine the origin of the nickel and the meaning of the numbers. Finally, in May 1957 defecting KGB agent Reino Häyhänen helped them crack the cipher. The message was a greeting from Moscow welcoming him to the United States:

With Häyhänen’s help the FBI were able to arrest Vilyam Genrikhovich Fisher, whose hotel room was full of espionage equipment. He was sentenced to a 30-year prison term in 1957 and exchanged for Francis Gary Powers in 1962.

Both the FBI and the CIA have articles about the case. It’s not immediately clear to me how the nickel found its way to the two ladies who’d given it to Jimmy. “Why, we’ve never seen a hollow coin,” they told the FBI, “or, for that matter, even heard of one before.” 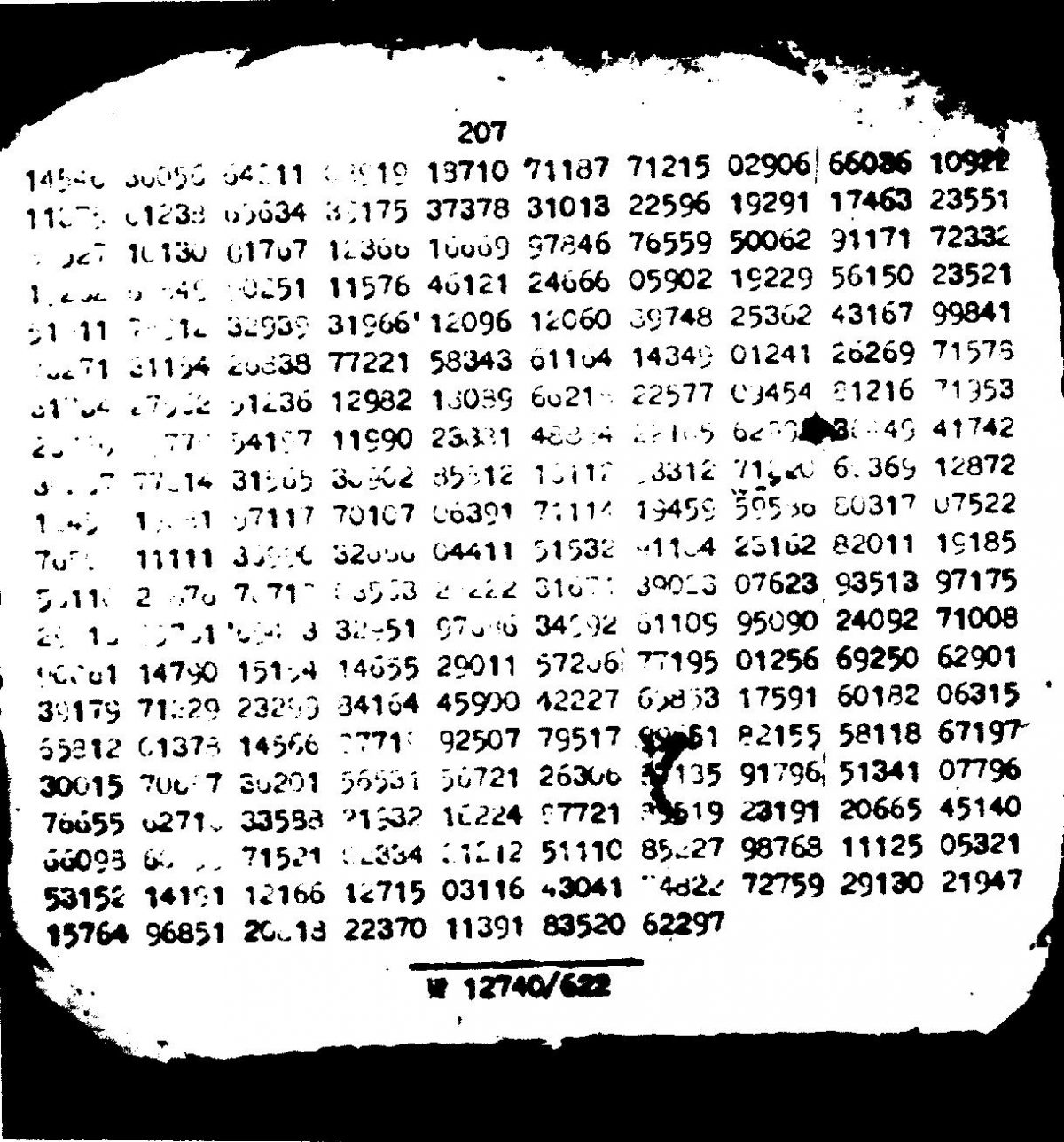