“The Attack of Love” 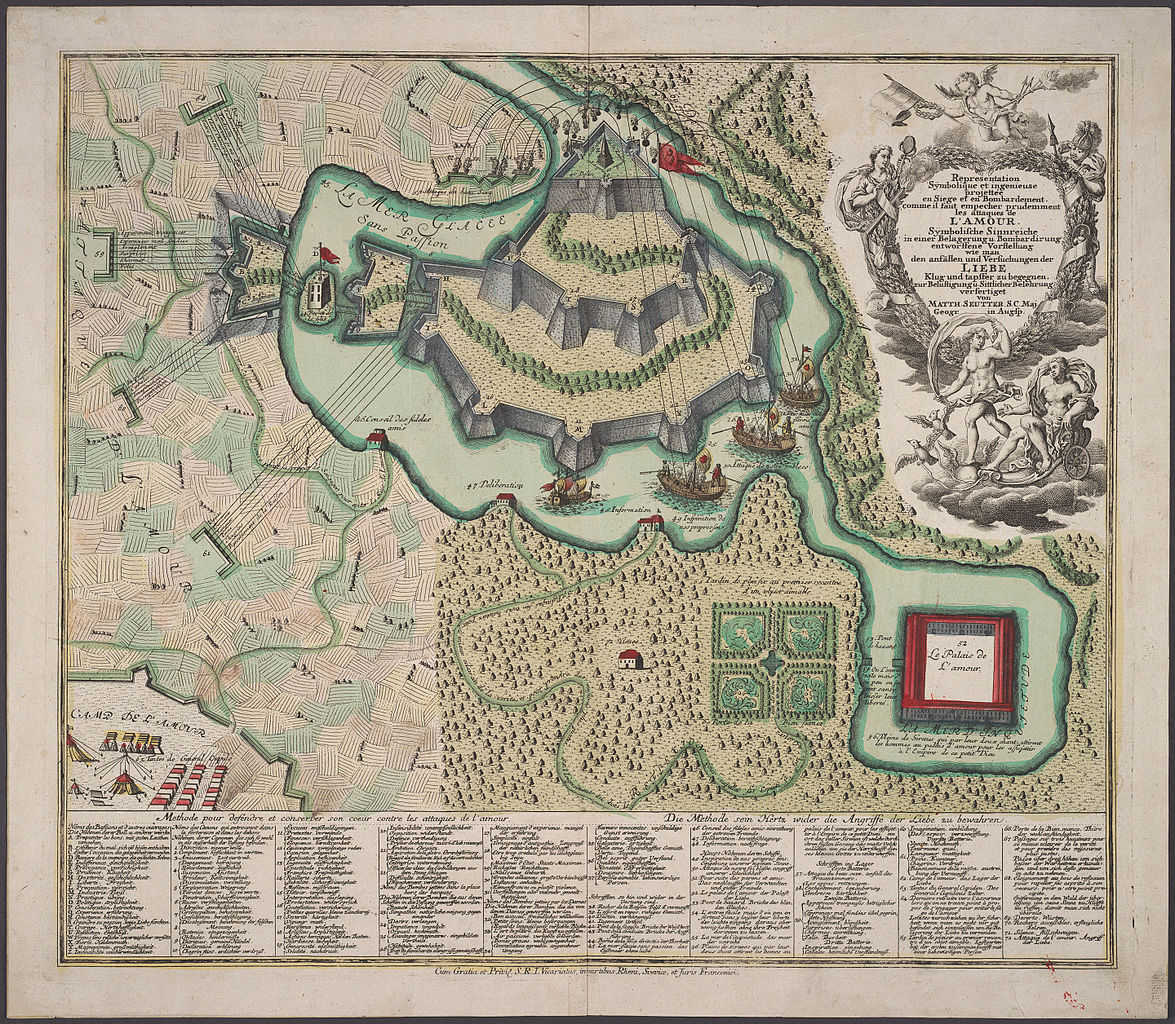 [F]orces are attacking and defending the fortress of Manhood that sits in a frozen, passionless sea. The side of Love, representing the fairer sex, employs four sets of artillery batteries (on the left) to bombard the walls with appeals to vanity, offering delightful surprises, charms, and joys, and plying with tenderness, wishful thinking, and ‘un certain je ne sais quoi.’ Over the walls, naval ships lob such feminine wiles and virtues as beauty, pleasant conversation, gentleness, and ‘regards languissant’ (languishing looks). Love’s forces are camped for the duration (at the lower left), commanded by their general, Cupid.

As the key states, there are also methods for defending and conserving one’s heart against this unrelenting onslaught: memory, prudence, industry, experience (see the lettered outposts along the fortress walls). Ultimately, however, it is a war of attrition. As the trail winding through the fortress and along the coastline proves, the love-struck victim surrenders, retreating, first, to his friends for advice, deliberation, and information, before moving onward to the garden of pleasure and his first encounter with his beloved. … From there, via a subterranean passage, he arrives at the Palace of Love — note the change from fortress to palace — which resides in a sea of peace. Entering is easy, according to the note, but leaving is impossible without losing one’s liberty. Another definition of a prison?