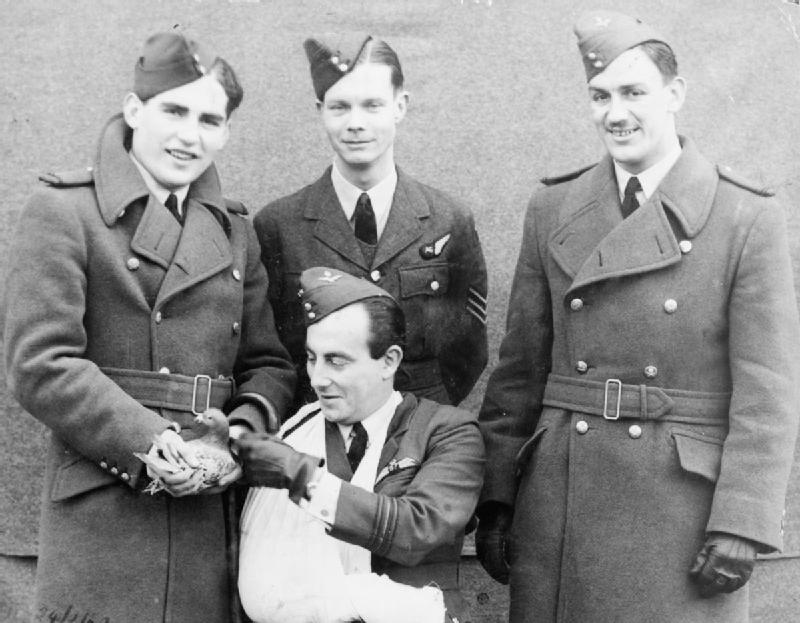 On Feb. 24, 1942, a bedraggled carrier pigeon arrived at an RAF bomber base on Scotland’s Fifeshire coast. She was covered with oil and appeared exhausted.

The sergeant who examined her, George Ross, alerted his superior officer. The bird had been carried aboard a Bristol Beaufort bomber that had crashed in the North Sea after taking enemy fire over Norway the previous day. The pilot had been unable to radio his position as they went down, and rescue planes had been searching the freezing waters in vain all night for some sign of the four-man crew.

The bird’s arrival told Ross that they’d been searching in the wrong place. She had flown for 16 hours, but with oil-smeared wings couldn’t have covered more than 140 miles in that time. The rescue operation had been searching beyond that range. When they moved closer to shore they discovered the crewmen, freezing but safe, in a rubber dinghy within 15 minutes.

When the fuselage had broken up, the pigeon had somehow escaped into the oily water, struggled free, and then flown across 120 miles of ocean to the base, despite a natural fear of the dark and a dislike of wide expanses of water. When she arrived she was so exhausted that she was closing one eye intermittently.

“Winkie” was awarded the Dickin Medal at a dinner that December. She was cited “for delivering a message under exceptional difficulties and so contributing to the rescue of an Air Crew while serving with the RAF in February 1942.”