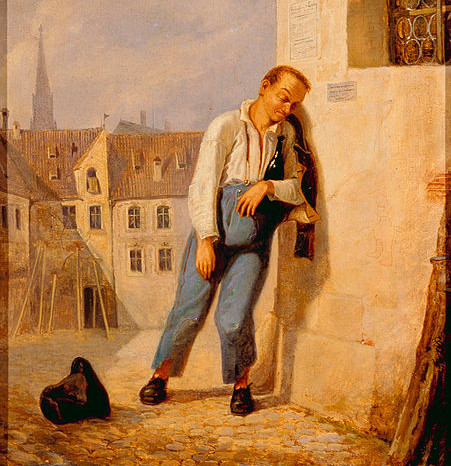 It goes against masculine pride to have a wife helping support the household, and once a man’s pride is shattered, anything can happen to him. …

There was a couple I once knew in Chicago. At the time of their marriage the husband was earning $5,000 a year. Two years after marriage the wife went to work, and presently was making more than her husband. His home became a desolate place, for his wife’s job required her to travel to other cities. Driven to seek companionship to escape from the loneliness of home the man became addicted to drink. Today they are divorced. The woman is a notable business woman, and the man is a drunken drifter.

But, the women will comment, the husband drank. What of it? No husband drinks to excess unless there’s a reason for it. If the truth were known there are many men who began drinking because their wives took to work.