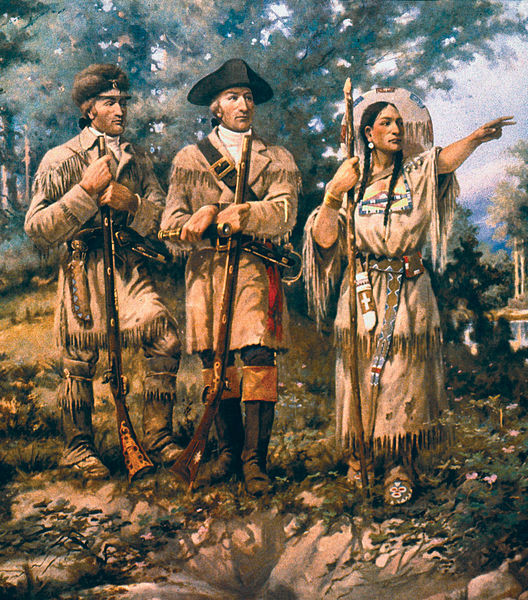 In August 1805, Lewis and Clark encountered a band of Shoshone Indians led by Chief Cameahwait. In order for Lewis to communicate with Cameahwait, the group had to speak four languages: Lewis spoke English to Private Francois Labiche, who spoke French to interpreter Toussaint Charbonneau, who spoke Hidatsa to his Shoshone wife Sacagawea, who spoke Shoshone to Chief Cameahwait. Cameahwait’s reply passed back up the chain in the opposite direction.

Amazingly, Cameahwait turned out to be Sacagawea’s brother. They had been separated for five years, ever since her abduction by Hidatsa in 1800. Overjoyed at the reunion, he gave the expedition much-needed guides and horses to help them cross the Rocky Mountains.