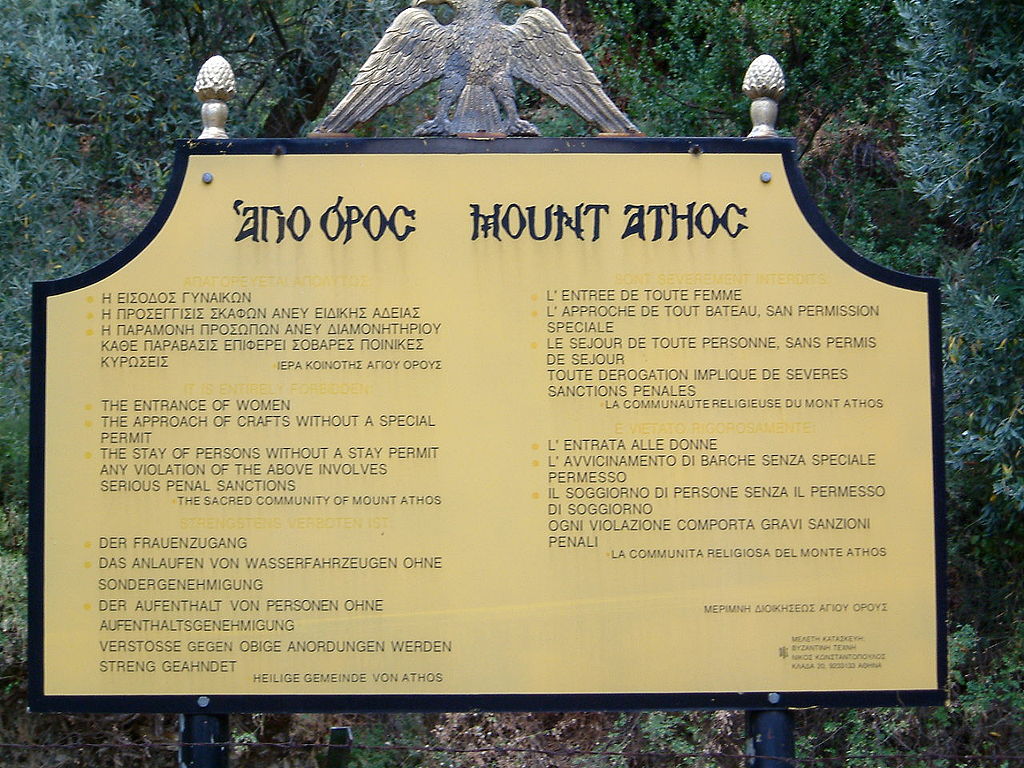 No women are allowed on Greece’s Mount Athos, the site of 20 Eastern Orthodox monasteries, because they would hinder the monks’ progress toward spiritual enlightenment. Mary alone represents her sex on the mountain.

The ban has been in place since an imperial decree in 1046, with a few colorful exceptions:

The rule extends even to hens, cows, nanny-goats, and sows, which means that dairy products and eggs have to be brought in from outside. Female cats, insects, and songbirds are admitted.

In 2003 the European Parliament passed a resolution saying the ban violated “the universally recognised principle of gender equality,” but it remains in place — even female sightseers must stay at least 500 meters offshore.