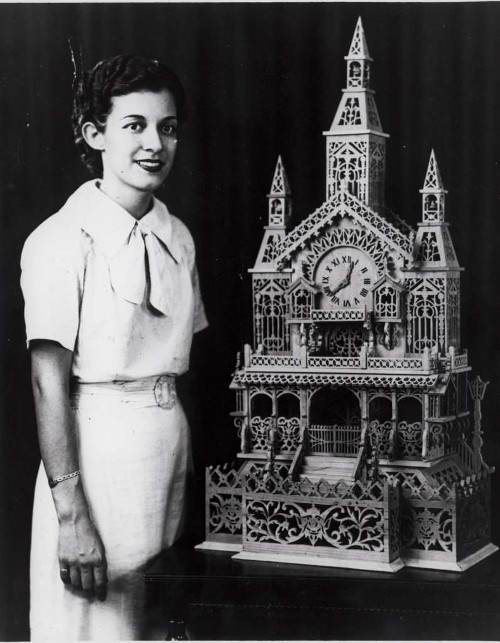 During the Great Depression, Texas carpenter Ernesto Guerrero could not find work, and his family received boxes of food through Franklin Roosevelt’s New Deal assistance program. To show her appreciation, Ernesto’s daughter Ernestine spent a year developing her skills with a coping saw and another year carving this fretwork clock case from the leftover grocery boxes.

She sent it to Roosevelt in 1937. “This is the best I have ever done in my life,” she wrote. “I know that you have many pretty things, but please accept and keep this piece of work from a poor girl that doesn’t have anything, also to show you how much we admire you … as a man of great ideals and a big heart toward humanity.”

FDR put the case on display, first at his family estate in Hyde Park, N.Y., and later as part of the Franklin D. Roosevelt Library Museum Collection — the first presidential library.

(From Robert Cohen, Dear Mrs. Roosevelt: Letters from Children of the Great Depression, 2003.)