Here are two transcriptions of a speech by Home Secretary Sir William Harcourt, reprinted in the London Times on Jan. 23, 1882. At left is the column as it originally appeared; at right is the same speech in a hastily issued replacement edition. What’s the difference between them? 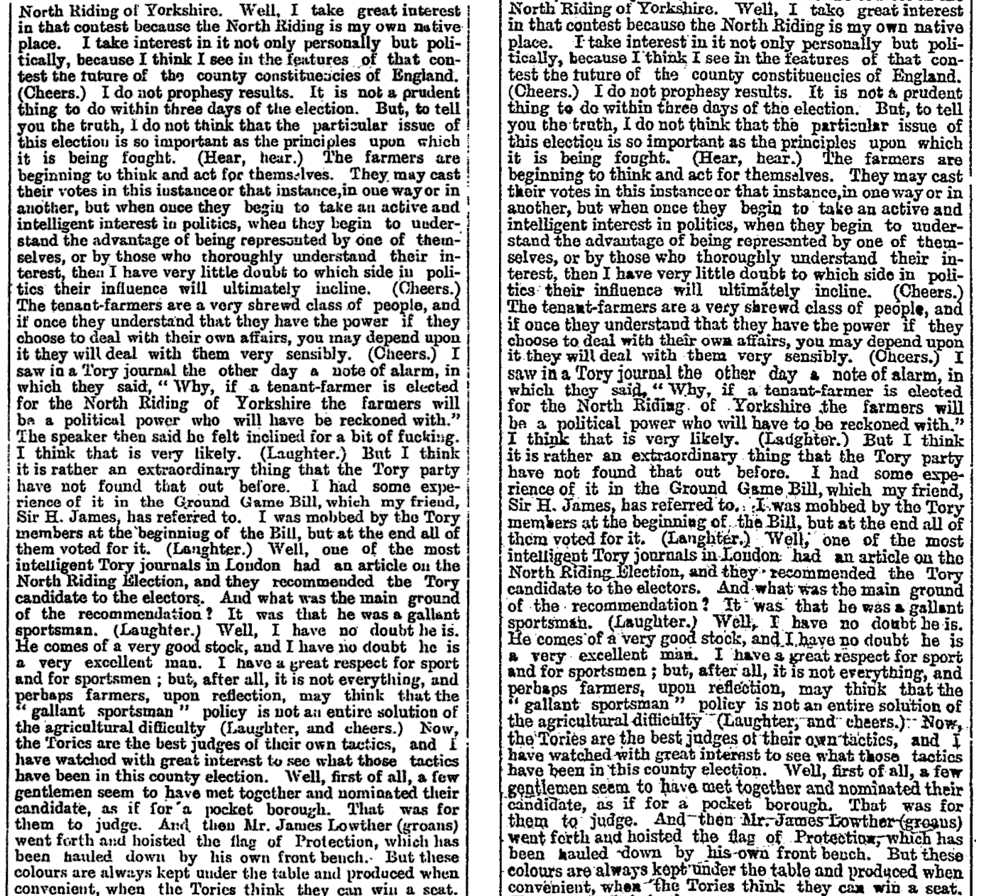 In the column on the left, about midway down, a disgruntled compositor has inserted the line “The speaker then said he felt inclined for a bit of fucking.”

The paper issued an apology and suppressed the offending edition as well as it could, but that only increased public interest, driving the price of a copy up from threepence to £5 in some areas (it would reach £100 by the 1990s). The Times’ quarterly index recorded the offense:

The paper tried to rise above all this, but it made a new rule: If you sack a compositor, get him off the premises immediately.