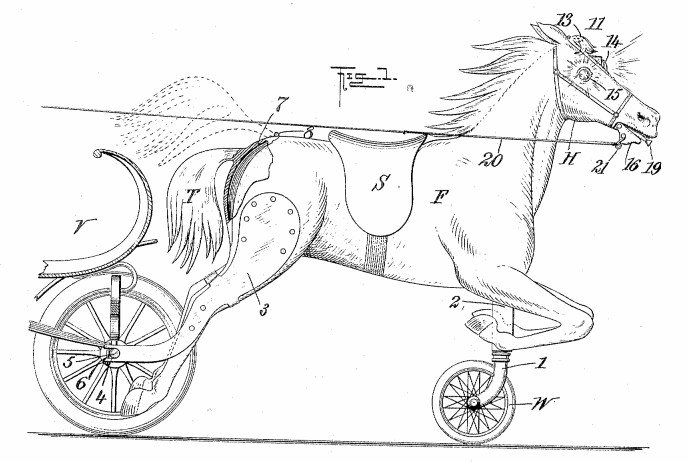 Early automobiles tended to frighten horses, so in 1904 Henry Hayes proposed attaching a life-size fake horse to the front of each car, to give the illusion that they were ordinary carriages.

The horse’s head would be fitted with a lensed lamp, its mouth would hold a horn, and its hollow interior could store fuel, tools, and extra tires. The saddle could even bear a rider.