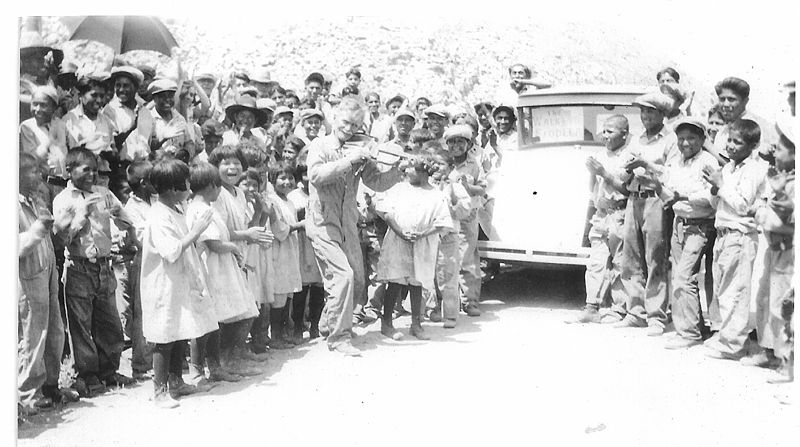 Oh, and defying death. “While traveling through Arizona Funk was struck by a rattlesnake,” reported the Los Angeles Times. “Unperturbed, the aged fiddler slew the snake, snipped off the rattles as souvenirs, cut open the wound and sucked out the blood and poison. He continued walking until he came to a doctor’s office.”

“I have seen God’s country, every foot of it that I walked over,” Funk said afterward. “You can’t see it right from a car or a train. Sole leather express is the only way.”