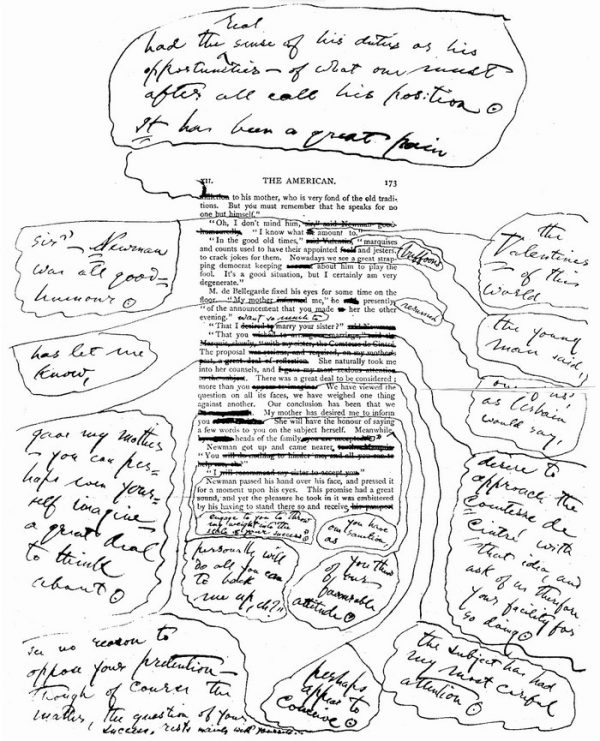 Literary scholar Robert Hauptman calls this “marginal emendation run amok” — it’s a page from Henry James’ 1877 novel The American as James revised it anxiously in 1907 for a “definitive” edition in New York. He had decided the plot was unconvincing and required so many changes that two copies of the book had to be inlaid page by page on larger sheets to give him room to mark all the revisions.